To share your memory on the wall of William Chidester, sign in using one of the following options:

Bill was raised and received his early education in White Hall, graduating from White Hall High School in 1953. He attended the University of Arkansas at Monticello on the GI Bill.

He proudly served in the United States Army during the Korean War. He took pride in risking his life by searching out mines in advance of the foot soldiers. In addition, he was a medical vehicle operator. He considered it his job to do his very best protecting his fellow servicemen.

While he was raised in the Baptist faith, Bill attended the Catholic Church in Pine Bluff and Hot Springs for many years with his wife, the former Patricia “Pat” Ann Barranco Taylor. On April 27, 2021 they celebrated 64 years of a wonderful marriage.

Bill spent much of his professional life working in all aspects of the cotton industry in the Arkansas Delta. He retired as a manager of Southern Cotton Compress and Warehouse in Pine Bluff, AR. He also was involved with the family business of running and operating Taylor’s Gin in Tamo, AR. He found such pleasure riding in his pickup truck surveying the Delta fields covered in white cotton in late September and early October. Cotton was king in his world.

He was an avid quail hunter and could whistle a covey of birds without a call. He enjoyed raising and training his own bird dogs. If it wasn’t bird season, you could find him gigging some of Southeast Arkansas’ famous bullfrogs. He found great pleasure in being the hunter/gatherer for his family. And boy could he fry some fish.
Bill loved dancing to the tunes on a juke box or square dancing with Pat and their friends. John Wayne was one of his heroes. He could name EVERY western actor by name on all the good ole’ movies he truly enjoyed watching. He preferred to wear a Little Joe cowboy hat with his boots in the fall and sported a good old tam o’shanter cap in the summer. He also loved and played the game of softball as a pitcher with his buddies in the Hardin community.

Bill was a jack of all trades. He considered himself the mayor of his Lake Hamilton community. He loved taking care of all his neighbors’ lawns during the week so their arrival to their weekend home would be more pleasant.

The simple joys in life made Bill the happiest. A stack of white bread served at dinner, eating tuna straight out of the can with a sleeve of saltines, and enjoying a Sunday night meal of cornbread and buttermilk followed by a game of poker with his friends were things he loved. And no one enjoyed a Bud heavy served in a frosted mug or out of a long neck bottle more than Bill.

Funeral services will be 2:00 p.m., Tuesday, May 18, 2021 in the Chapel of Ralph Robinson and Son in Pine Bluff with Father Joseph Marconi officiating. Visitation will be Tuesday from 12:30 p.m. until service time at Robinson’s. Private burial with military honors will be held at a later date.

To send flowers to the family or plant a tree in memory of William Pickens "Bill" Chidester Jr., please visit our Heartfelt Sympathies Store.

Receive notifications about information and event scheduling for William

We encourage you to share your most beloved memories of William here, so that the family and other loved ones can always see it. You can upload cherished photographs, or share your favorite stories, and can even comment on those shared by others.

Posted Jun 07, 2021 at 04:57pm
Dear Cincy, Marjorie and Pat, I send my sincerest sympathy in the loss of Bill recently. All three of you are special people to me, and I ache for you. My prayers are with you, for God's comfort at this difficult time, and for peace in your hearts. With love, Ellen Nuckolls
Comment Share
Share via:
R

Posted May 24, 2021 at 07:04pm
Aunt Pat and family. My thoughts and prayers are with you all. He was loved by many and I know Randy met him with a high five and a beer. Love you all. Always Robin Landreth Baldwin
Comment Share
Share via:
TC

Posted May 17, 2021 at 08:41pm
I am sure Mr. Bill and dad are talking all things cotton in Heaven. Mr. Bill took me on many paper physical inventories at the warehouse when I worked at IP. It was work but he kept me in stitches and made it all bearable!!. My thoughts and prayers are with you all!! Much love, Tammy and Lee Corkins
Comment Share
Share via:
BC

Posted May 17, 2021 at 04:20pm
Cindy, I am so sorry for your loss. Am praying you and your family feel God's presence and comfort during this difficult time.
Juli Robinson
Comment Share
Share via: 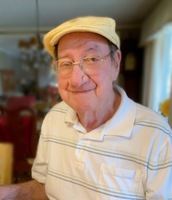 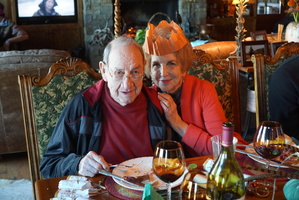