To share your memory on the wall of Walter Manning, sign in using one of the following options:

To send flowers to the family or plant a tree in memory of Walter H. "Dub" Manning Jr., please visit our Heartfelt Sympathies Store.

Receive notifications about information and event scheduling for Walter

We encourage you to share your most beloved memories of Walter here, so that the family and other loved ones can always see it. You can upload cherished photographs, or share your favorite stories, and can even comment on those shared by others.

Posted May 12, 2021 at 02:10pm
Thinking of all of you as you say goodbye to Dub. Know that his classmates of AHS Class of '56 mourn his loss with you. We cherish the memories spent in school with him in the '50's but especially those more recent of our class luncheons from 2009-2020. He so faithfully attended each month, often being the first to arrive even though he came a long distance. What fun we had recalling old times when life was simple and carefree. Unfortunately, many of us who would normally plan to attend his services are prevented due to Covid isolation and precautions but we'll be keeping you in our thoughts and prayers.
Chotsy R. Sheppard & the Arkadelphia High School Class of '56
Comment Share
Share via:
TJ

Posted May 11, 2021 at 09:36pm
Zenell, Kathy, Tracie, Dianna and other family members our hearts were sadden upon hearing that Dub had passed. However we rejoice in knowing he is made whole and has seen our Lord face to face and his loved ones gone on before. Dub was a very deacated Christian Servant of the Lord and will be missed greatly at Hardin Baptist Church. May each of you feel the warmth of God’s loving arms around you today and the difficult days to come. Cling to your precious memories and may they bring comfort and peace to your weary hearts today and the difficult days to come.
Sending prayers and our love to the Manning Families .
Comment Share
Share via:
DT

Posted May 10, 2021 at 07:39pm
Mr Dub was a beloved “Mr Fix-It!” He treated me like family from the moment I met him 25 years ago. He will be known for his Christian example.
Comment Share
Share via: 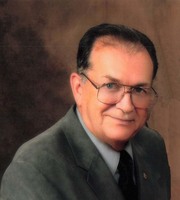