To share your memory on the wall of Tommy Raddle, sign in using one of the following options:

Provide comfort for the family of Tommy Raddle with a meaningful gesture of sympathy.

Born February 4, 1952 at Pine Bluff, he was a son of the late Calvin Lester Raddle and Bonnie Marie Shelby Raddle. He graduated from Pine Bluff High School in 1970.

Tommy served in the United States Army and Army Reserves from 1971 until 1977.

He worked at the Arkansas Department of Correction for 20 years, retiring as auto shop supervisor in 2013. He also owned Tommy Raddle’s Paint, Body, and Auto Sales for 23 years.

Funeral services will be Friday, December 6, 2019, 10:30 a.m. at Fuller Hale-South Chapel with Rev. Ike Mohr officiating. Burial will be in Fitzhugh Cemetery.

We encourage you to share your most beloved memories of Tommy here, so that the family and other loved ones can always see it. You can upload cherished photographs, or share your favorite stories, and can even comment on those shared by others.

Jon and Katelyn Brown, Bennie and Marie Hayes, and others have sent flowers to the family of Tommy Raddle.
Show you care by sending flowers

Posted Dec 16, 2019 at 03:29pm
I am so sorry to reaad of Tommy's passing. We were classmates at PBHS class of 70. Condolences to the family.
Comment Share
Share via:
B

Posted Dec 05, 2019 at 11:15pm
To the family my sympathy in your time of loss. Mark the torch is shifted to you may God meet all your familie needs in this time and in the future.

Posted Dec 04, 2019 at 01:12pm
I am so sorry to hear of the loss of Tommy. He was a good friend and will be missed by all who knew him. May GOD Bless Tommy and his Family
Scotty McCullough/Hot Springs AR
Comment Share
Share via: 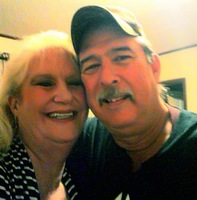