To share your memory on the wall of Terry Addison, sign in using one of the following options:

Receive notifications about information and event scheduling for Terry

There are no events scheduled. You can still show your support by sending flowers directly to the family, or planting a memorial tree in memory of Terry Phillip Addison.
Plant a Tree

We encourage you to share your most beloved memories of Terry here, so that the family and other loved ones can always see it. You can upload cherished photographs, or share your favorite stories, and can even comment on those shared by others.

Posted Jan 19, 2021 at 04:30pm
May God bring you all the peace and comfort that only He can. We thought a lot of Terry, he was a great guy.
Comment Share
Share via:
CC

Posted Jan 19, 2021 at 03:04pm
Sherry, I am sorry for the loss of your brother. My prayers for peace and comfort are with you.
Comment Share
Share via:
CM

Posted Jan 19, 2021 at 03:01pm
I’m so sorry for, your loss. My prayers are with the family. Terry, Jr. has been a part of my life since I was 16, & I heard so many great things about Terry, Sr, that I feel like I knew him too. He is with his precious Haley now.
I will continue to keep all of you in my prayers!
Much Love,
Cindy Morgan
Comment Share
Share via:
A

Posted Jan 19, 2021 at 11:52am
I worked with Terry at The PIne Bluff Commercial in the Mail Room great guy and a great family! Praying for the family RIP my friend
Comment Share
Share via:
PR

Posted Jan 19, 2021 at 07:56am
Marlene and Sherry...so very sorry for your loss. Your entire families are in our prayers.
Pam Stone Ratliff
Comment Share
Share via: 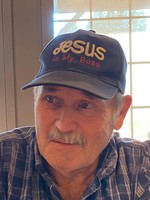