To share your memory on the wall of Stanley McNulty, sign in using one of the following options:

To send flowers to the family or plant a tree in memory of Stanley "Mac" McNulty Jr., please visit our Heartfelt Sympathies Store.

We encourage you to share your most beloved memories of Stanley here, so that the family and other loved ones can always see it. You can upload cherished photographs, or share your favorite stories, and can even comment on those shared by others.

With all of our love, The Vick family sent flowers to the family of Stanley "Mac" McNulty Jr..
Show you care by sending flowers

Guaranteed hand delivery by a local florist
AM

Posted Jan 20, 2020 at 11:54pm
To Jaime, Ann and your families, I pray for God's peace and comfort during this difficult time. I'm so sorry I can't be in Arkansas to attend the service as I know it will be very special. Your dad was a great man and well loved by the people of Pine Bluff and Arkansas. I have so many memories of being with your family throughout our childhood, teens, twenties and beyond! When I was in high school I developed a passion for water skiing and went as much as I could. It was your dad that taught me how when I was a guest with your family at Moonlight Bay. I was so excited and very thankful to him for teaching me! I remember many times hanging out with your mom and dad in the family room and somehow I guess we (our group of friends) all got to where we even called your dad "Bo" too, not out of disrespect, but because we felt like part of your family:) Your dad will be missed so much, but I know your mom is so happy to be with him, and all their friends, including my dad, are probably having one great party like they used to in the "good ole' days" back in our great home town, Pine Bluff. I'll continue to pray and will be in touch by phone.
Love you! Andrea
Comment Share
Share via:
HS

Blooming Garden Basket was purchased for the family of Stanley McNulty. Send Flowers

With all of our love, The Vick family

Posted Jan 20, 2020 at 01:12pm
Wishing you peace and serenity as you reflect on your (grand)fathers long and wonderful life. Please know that you are in our thoughts and prayers.

With all of our love, The Vick family purchased flowers and planted a memorial tree for the family of Stanley McNulty. Send Flowers

Patty and B Smith

Posted Jan 19, 2020 at 02:46pm
Mac was a kind, loving, fun, caring man and a wonderful friend. His life was an example for all and he will be greatly missed. Love and sympathy to all.his family .

Posted Jan 19, 2020 at 05:43am
We grieve with you and your families, Ann and Jaime. Our sincere condolences to you all. Your daddy is a prominent memory in our lives as we grew up....so loving, kind, understanding and always a smile. His humor was always fun and made everyone laugh and his stories were a highlight!!! We loved him, as well as your beautiful sweet momma, so much.....A true friend to our parents and family.........I am sure I speak for a large part of the entire community too! May our prayers hold you tight in comfort in the days, weeks and months ahead. I do Hope you find peace knowing we will meet again and can visualize your mom, Larry and Eleanor greeting him with open arms at that heavenly gate!! Can’t you see them calling the hogs!!!
Comment Share
Share via: 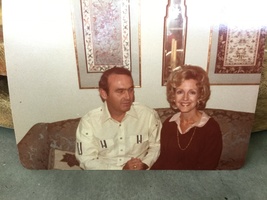 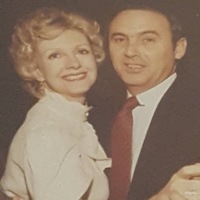 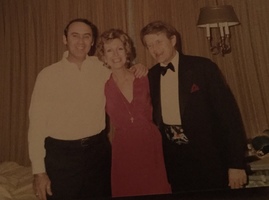