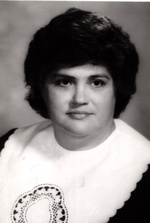 She was born May 8, 1945, in Searcy, AR, to Max Lee and Frances Elizabeth Holden Purcell. Shirley was a homemaker who dearly cherished her family and those closest to her. She was a lifetime member of Second Baptist Church until its closing. Shirley was always heavily involved in the PTA and Reading is Fundamental (RIF) by helping provide books to schools. Shirley loved bird and nature watching, working in her yard and garden, growing flowers, and shopping. She also loved cooking and her culinary skills were beyond great!

Over the years, Shirley was very active politically, serving as campaign manager for candidates over the years. She ran for City Council in 1986. Shirley also served on the Pine Bluff Planning Commission, including as chairperson, for many years. She was a former chairperson and long-time member of the Jenkins Memorial Children's Center. From the time her son Dennis entered Jenkins Center, Mrs. Worsham worked tirelessly to facilitate enrichment and expansion of the center for children and adults with disabilities. As a member of the board, Mrs. Worsham led a group of parents to establish services for adults emphasizing therapy and education. In the mid-eighties, Mrs. Worsham spearheaded the acquisition of Watson Chapel Academy in the Watson Chapel Community. This doubled the space available for Jenkins and provided two sites to divide the students by developmental age and space to provide services to all the children and adults on the waiting list at the time. A gymnasium was part of the package and has been invaluable for health and fitness of many participants. Acreage acquired during this transfer was the launching pad for another new program. In the late 80”s, Mrs. Worsham rallied again to promote the development of Jenkins Housing, Inc. doing business as Chapel Pines, a residence for individuals with disabilities. Mrs. Worsham was elected chairperson of Jenkins Housing, Inc. which was a separate board from Jenkins Memorial Center. Mrs. Worsham was able to orchestrate the transfer of Watson Chapel Academy as a gift. She also worked with the city planning commission and city government to re-zone the property in Watson Chapel to build Chapel Pines. The mayor and city council created a board to issue bonds for construction of the facilities. She hosted and prepared food for dinners and meetings to educate legislators regarding the need for such facilities in Southeast Arkansas and throughout the state because matching funds were required from the state for the bond issue. The legislature voted to appropriate the funds unanimously. When the two facilities, which cost over a million dollars, in Jefferson County were completed, the board dedicated the women’s house in her honor, naming it The Worsham House. During Mrs. Worsham’s time, as chair of Jenkins Housing, Governor Mike Huckabee’s office recognized Mrs. Worsham for her volunteer service to Jenkins and to the State of Arkansas on behalf of individuals with disabilities and their families. Mrs. Worsham continued to serve as an emeritus board member until her death. She inquired about Jenkins in one her last conversations with family and friends. She continued to do all this even though no member of her family has received services from Jenkins in the last thirty years.
Mrs. Worsham will be remembered for her devotion, compassion, and “true grit” on behalf of all families she assisted through the years. That is her lasting legacy.

Shirley loved to pull for the underdog and, without hesitation and often with insistence, would help anyone she could.

She was preceded in death by her parents and a sister, Mary Frances McKewen.

Visitation will be held between 2-3:00 p.m., Monday, April 5, 2021, in the Chapel of Ralph Robinson and Son Funeral Directors, followed by a celebration of her life at 3:00 p.m., with Rev. Larry Gragg officiating. Private burial will be at a later date in Pine Ridge Cemetery near Grapevine, AR.

Memorial contributions may be made to the Jody Allen Memorial at Jenkins Memorial Children's Center.