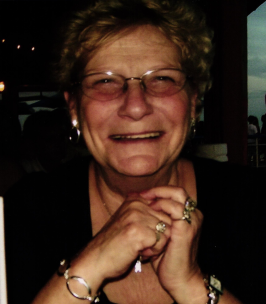 Shirley Ann Owens Cullins was born December 23, 1943, in Houston, TX, to Joseph Paul and Josie Bell Sewell Owens.  She was raised in Atlanta, GA, and after she graduated, she had various occupations ranging from being a former dispatcher for Jefferson County to retiring from Viking Bag.  She spent countless hours volunteering for Habitat for Humanity, or the Opelousas, LA, Orphan Train Museum.  She traveled with the Hackett Family, a gospel singing group, and served as their product table coordinator.  Shirley was a member of Temple Baptist Church in Dermott, AR, and will be fondly remembered by her family for her love of shopping, spending time at the beach, or enjoying fireworks.  She was also described as a “Facebook and phone junkie”, who loved going to the horse races or the casinos.

Shirley passed away on Wednesday, April 20, 2022, in a Little Rock hospital. She was preceded in death by her parents and her siblings, Joseph Hartley, Russell Hartley, Charles Lindsey, and June Coats.

She will be missed by her children, Paula Cullins, Charlene Blevins and fiancé, Brian Hoffman, and David Cullins and special friend, Veronica Peavey Graves; two grandchildren, Antonio Aaron and Dillon Cullins; one great-granddaughter, Averie Jones; a special family friend, Loretta Jones; her former husband and father of her children, David W. Cullins; her best friend, Henry Dave Hackett; and a number of nieces, nephews, and other relatives.

Funeral services will be held at 10:00 A.M. Saturday, April 23, 2022, in the Chapel of Ralph Robinson and Son.  Burial will follow in Greenwood Cemetery, Rison.

In lieu of flowers, the family requests that contributions be made to the Opelousas, LA, Orphan Train Museum, 223 S. Academy, Opelousas, LA 70570.