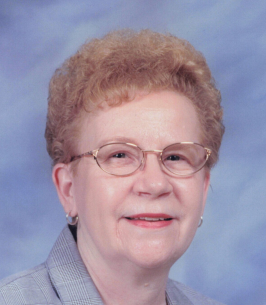 Sharon was born in Kansas City, Missouri on November 5, 1939, to Norman A. Anderson and Nina Lee Mell.  She graduated from Watson Chapel High School and began work at National Bank of Commerce in Pine Bluff, Arkansas.  She married James Donald “Don” Clements in 1964, and they had two children, Mike and Donna, and she became a stay-at-home mom.  This role included many hours of sewing and being a home-room mother for her children’s early elementary classrooms.  In 1980, she and Don opened Clements Office Center which ran for 30 years until their retirement in 2010. Sharon loved crafting, shopping, organizing, working puzzles, Mexican food, all things Disney, and spending time with her family, especially her grandchildren.

She was a member of Hardin Baptist Church for many years and served in the church’s nursery with some of her closest friends.

Sharon was preceded in death by her parents, and former husband, Don Clements.

Survivors include a son, Michael (Julie) Clements of Roland, AR and a daughter, Donna (Glen) Smith of White Hall. Other survivors include her three grandchildren, Drew (Savanna) Holland of Louisville, KY, Reagan Korban of Warren, AR and Witt Clements of Roland, AR, great-grand daughter, Lorelai Korban, a sister Roana (Bill) Petrie of White Hall, several nieces and nephews, and many special neighbors in the Hardin Community.

Lastly, we appreciate Brenda Holland, Sharon’s care giver and the nurses and aids at Hospice Home Care who have so graciously cared for our mom.

A graveside service will be at 10:00 a.m. on Friday, September 30, 2022 at Hardin Cemetery in the Hardin Community by Ralph Robinson and Son Funeral Directors.  Bro. Todd Anderson will officiate the service.