To share your memory on the wall of Sandra Malone, sign in using one of the following options:

Sandra loved summers, traveling the state with friends and baseball teams, watching her son and team mates play while the parents socialized in the stands. Later in life she was cheering her grandson Ben on through countless fall and spring soccer games. She enjoyed trips to see the Christmas lights at the Capitol with her daughters- in-law and grand-children and long rides in and around Pine Bluff. She also enjoyed lazy summer afternoon trips fishing on the Arkansas River with “her boys” and playing cards with friends in the evenings. She was a very social person who always enjoyed getting together with friends, whether it was for a game of Bunco, or another social event, party, or business meeting.

Sandra was employed twenty-six years with Guaranty Federal Savings and Loan, which later became Savers Federal Savings and Loan, and later was employed and retired from the National Center for Toxicological Research (NCTR) as a budget analyst. She was a member of Federally Employed Women (FEW) where she served as Treasurer; a lifetime member of Beta Sigma Phi FHI International, having served as President, Secretary and Treasurer; member of the DuBocage Chapter of the American Business Women’s Association, having served in various capacities; member of the National Association of Home Builder’s Auxiliary where she was a former officer; and was a member of Carr Memorial United Methodist Church.

Sandra passed away on May 1, 2020 in North Little Rock, at the age of 76, after a lengthy illness at Baptist Springhill Hospital in North Little Rock, Ar. She was preceded in death by her parents; her husband, Hardy E. Malone, Jr.; a step-son, Hardy Malone, III; a brother, Donald Bumpass, Jr.; and a sister, Carolyn Case, all of Pine Bluff.

Graveside services will be held at 2:00 P.M. Saturday, May 9, 2020, at Graceland Cemetery, with Brother Harold Mitchell officiating. The service may be viewed online at www.ralphrobinsonandson.com for those wishing to attend in spirit, as well as online registration and messages of condolences for the family.

The family will receive friends from 5:00-7:00 P.M. Friday, May 8, 2020, at Ralph Robinson and Son Funeral Home, in accordance to CDC guidelines pertaining to the limited number allowed within the building.
Read Less

To send flowers to the family or plant a tree in memory of Sandra Malone (Bumpass), please visit our Heartfelt Sympathies Store.

Receive notifications about information and event scheduling for Sandra

We encourage you to share your most beloved memories of Sandra here, so that the family and other loved ones can always see it. You can upload cherished photographs, or share your favorite stories, and can even comment on those shared by others.

Posted May 08, 2020 at 02:40pm
Prayers to all the family. I knew Sandra through Federally Employed Women and working at NCTR. We had many good times in FEW activities and she was always very helpful in interacting with her at work. I know she was very proud of her grandson Ben. Wishing you comfort and many blessed memories.

Posted May 07, 2020 at 03:15pm
Don, Kim, Ben and Family,
Sandra and I became friends while working together at NCTR. She was a blessing to know who truly treasured her family and friends. May God's peace be with the families and may all of your loving memories bring you comfort during this time.

Posted May 07, 2020 at 09:45am
So sorry to hear of Sandra's passing. I was in the division of microbiology, at the NCTR with her for many years. Prayers for comfort and peace for her family are ongoing. May God bless and keep you all during this most difficult time. Anna Williams
Comment Share
Share via:
CB

Posted May 07, 2020 at 08:56am
I am so sorry for your loss, I remember Mrs. Sandra being in sorority with my mother, she thought very highly of her. She was a very sweet and fun lady. I'm sure she will be missed by many. May God give you all strength during this time.
Comment Share
Share via: 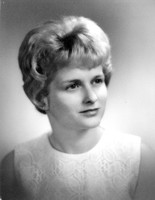 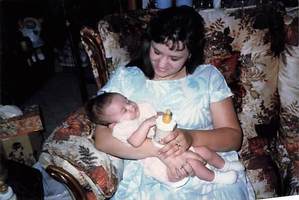 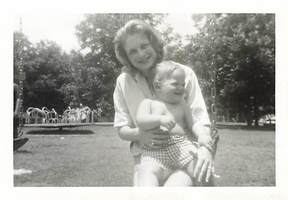