To share your memory on the wall of S. Ray West, sign in using one of the following options:

Provide comfort for the family by sending flowers or planting a tree in memory of S. Ray West

Provide comfort for the family by sending flowers or planting a tree in memory of S. Ray West

Ray West grew up in Pine Bluff, graduating from Pine Bluff High School in 1947. He attended college at Washington and Lee University in Lexington, Virginia, where he was a member of the Sigma Alpha Epsilon Fraternity and graduated in 1951.

During the Korean War, West served in the United States Navy. He later moved to New York City where he worked for the American Broadcasting Company (ABC). Living in New York was a highlight of his life. While there he had the opportunity to get to know Eleanor Roosevelt. He often reminisced about his time with her and the impressions she made on him.

In 1963, Ray West returned to Pine Bluff to join the family business, Smart Chevrolet Co. He remained at Smart Chevrolet for 44 years, serving as Secretary-Treasurer. He retired in 2007.

Ray West was a member of Fifty for the Future and the UAMS Chancellor’s Circle. Over the years, he enjoyed attending the races at Oaklawn in Hot Springs, as well as the Arkansas Symphony and the Pine Bluff Symphony. He was a lifetime member of the First Presbyterian Church in Pine Bluff.

Receive notifications about information and event scheduling for S. Ray

There are no events scheduled. You can still show your support by sending flowers directly to the family, or planting a memorial tree in memory of S. Ray West Jr..
Plant a Tree

We encourage you to share your most beloved memories of S. Ray here, so that the family and other loved ones can always see it. You can upload cherished photographs, or share your favorite stories, and can even comment on those shared by others.

Posted Apr 01, 2020 at 09:01am
With Deep Sympathy
We are praying for Ray love ones during this difficult time. 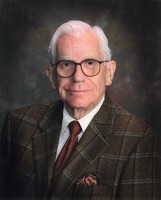