To share your memory on the wall of Roy Smith, sign in using one of the following options:

To send flowers to the family or plant a tree in memory of Roy Lee Smith Jr., please visit our Heartfelt Sympathies Store.

Receive notifications about information and event scheduling for Roy

We encourage you to share your most beloved memories of Roy here, so that the family and other loved ones can always see it. You can upload cherished photographs, or share your favorite stories, and can even comment on those shared by others.

Posted Dec 15, 2020 at 01:55pm
Gayla, Phillip and Janie: I am just now learning of the loss of your father/brother. Please accept my deepest condolences to you and extended family. God bless.
Linda Lindsay Power (DHS '68)

Posted Nov 25, 2020 at 05:19pm
Roy Lee was the sweetest and kindest man I ever knew. Roy Lee and his late wife Martha Ann were always kind to me. The times I spent with both Roy Lee and his late wife Martha Ann will always be in my heart. I want the family to know how sorry I feel for their loss. Roy Lee was a great role model for all his brothers and sisters and was a great dad to his children and grandchildren. Roy Lee will greatly be missed by all his family and friends. May God open his doors for Roy Lee as he is reunited with his beloved wife Martha Ann.
Comment Share
Share via:
JR

Posted Nov 25, 2020 at 04:55pm
Melody and Gayla, Your father was such a sweet man and my heart breaks for your loss. Am praying you feel God's presence and peace during this hard time.
I love you, Juli Robinson
Comment Share
Share via:
LC

Posted Nov 25, 2020 at 04:37pm
Condolences to Keith, Gayle and Melody. We know you will miss your dad very much. He was a wonderful Christian man. Our prayers are for God to give you all peace and comfort and hope knowing you will see him again in his heavenly home. Bobby and Linda Crawford
Comment Share
Share via:
CR 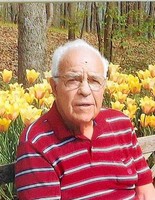