To share your memory on the wall of Robert Robinson, sign in using one of the following options:

To send flowers to the family or plant a tree in memory of Robert Arch "Bobby" Robinson Jr., please visit our Heartfelt Sympathies Store.

Posted Jun 16, 2020 at 12:57pm
My condolences to Angie, and entire family. May this tree grow healthy and strong in memory of our dad,. Rest in heavenly peace. Donna and Ellen 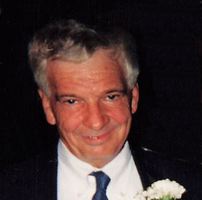