To share your memory on the wall of Robert Nolan, sign in using one of the following options:

Provide comfort for the family of Robert Nolan with a meaningful gesture of sympathy.

Nolan was a life-long member of the United Methodist Church.

A private graveside service for the family will be conducted Monday, April 27,2020, by Ralph Robinson & Son Funeral Home in Pine Bluff.

Print
Funeral services will be private.

Posted May 05, 2020 at 09:10pm
We are saddened to learn of Leslie’s passing. Leslie was a dear friend and we have lots of good memories of our times together. We will miss him. Our deepest condolences to his family.
Mildred Franco & James Pascale
Comment Share
Share via:
JF

Posted Apr 24, 2020 at 02:49pm
For the family, my thoughts are with you. For Les, we grew up together, and I'm so glad we had several really good conversations this past year. 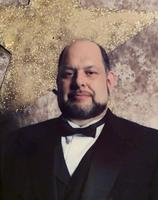