To share your memory on the wall of Robert Leonard Ashcraft, sign in using one of the following options:

To send flowers to the family or plant a tree in memory of Robert Leonard Ashcraft, please visit our Heartfelt Sympathies Store.

Receive notifications about information and event scheduling for Robert Leonard

We encourage you to share your most beloved memories of Robert Leonard here, so that the family and other loved ones can always see it. You can upload cherished photographs, or share your favorite stories, and can even comment on those shared by others.

Posted Apr 22, 2020 at 12:20am
For as long as I can remember my Pappaw Leonard was a part of my life. He was encouraging, uplifting, and caring. He loved me as his own and loved my family as his own as well. He’s the only Pappaw I ever knew. We never ended a phone call or conversation without telling each other that we loved the other. As he is now resting in peace with our Lord and Savior, I can take comfort in knowing that he knew how much he was loved. He will forever be deeply missed and loved. I’m grateful to have had him in my life for 33 years. Love you Pappaw!
Comment Share
Share via:

Posted Apr 22, 2020 at 12:09am
Ours hearts are so sad to learn of Leonard's passing. Thirty three years ago, he came into our lives. He became my daughter's Pappaw Leonard when they were 3 and 5 years old. Oh how he loved them both and how they loved him. He was a good man and we are blessed for having been able to know and love him as we did. So many wonderful memories we will cherish forever. RIP, Pappaw Leonard.
Comment Share
Share via:
SD

Posted Apr 21, 2020 at 11:33pm
My Pappaw Leonard was an amazing man who loved, laughed, and lived with his whole heart. He and Granny Laura had a wonderful 33 years together. He loved her family just like his own, and we loved him just as strongly. I’m sorry we didn’t know about the funeral to be able to send flowers or our love. Pappaw was a special man in my life and to all of the Donaldsons. He will always be dearly missed.
Comment Share
Share via:

Posted Apr 21, 2020 at 12:31pm
It was with sadness we were informed of
Leonard's passing. Having worked with
Leonard at AP&L/Entergy and living
in McGehee on two occasions, we
became good friends over the years.
Yes, he was a great Razorback fan and
I was proud to provide him Razorback
tickets to many games. Ann and I are
proud to have had the opportunity to
know Leonard. We can have comfort
in knowing he is now in a better place.
our prayers go out to all the family
during this sad time. God bless.
Jerry & Ann Carlton 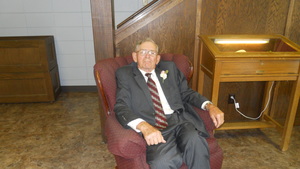 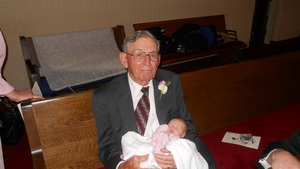 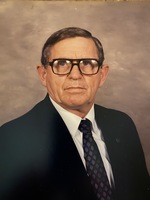 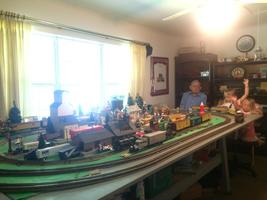