To share your memory on the wall of Robert Foust, sign in using one of the following options:

Print
Robert Earl Foust, 96, of Pine Bluff, passed away Tuesday, May 5, 2020. He was born October 7, 1923 in Nashville, Tennessee to the late Arthur L. and Pearl Alfred Foust Saint.

Robert was nearly a lifetime resident of Pine Bluff, having ... Read More
Robert Earl Foust, 96, of Pine Bluff, passed away Tuesday, May 5, 2020. He was born October 7, 1923 in Nashville, Tennessee to the late Arthur L. and Pearl Alfred Foust Saint.

Robert was nearly a lifetime resident of Pine Bluff, having moved here in 1925. He was reared and educated in Pine Bluff, graduating from Pine Bluff High School. Robert served in the U.S. Navy during World War II on the Henry A. Wiley Destroyer. He worked for St. Louis South Western Railway as a chief crew clerk, before his retirement in 1984 after 42 years. He was a longtime member and a deacon at Calvary Baptist Church.

Also preceding him in death was his wife of 75 years, Vernertis “Pete” Moon Foust, whom he married December 14, 1943 in Pine Bluff, and who preceded him on October 23, 2019; a sister, Martha Sanders; and a brother, Arthur Foust.

The family would like to thank Arkansas Hospice for the care that was given to Robert.

Live streaming will take place for those unable to attend the service.
Read Less

To send flowers to the family or plant a tree in memory of Robert Earl Foust, please visit our Heartfelt Sympathies Store.

Posted May 08, 2020 at 02:13pm
Mr. Foust was one of my favorite customers. When he drove up to the Commercial Lane he always had a smile on his face!
He would say, how is my favorite Banker today!
The community has lost a wonderful and caring person and Heaven has gained an Angel.
Please accept my Heart felt condolences during this difficult time.

Posted May 06, 2020 at 09:40pm
Susan, Scott and family, we are so sorry for the loss of your dad. You will be in our thoughts and prayers.
Comment Share
Share via: 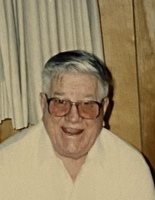 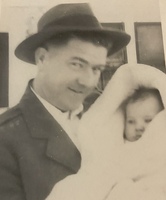