To share your memory on the wall of Richard Cook, sign in using one of the following options:

Mr. Cook was reared and received his early education in White Hall.

He worked in construction for many years, specializing in painting, sheetrock and welding.

Richard enjoyed hunting, fishing and hanging out with his dogs.

Along with his parents, Richard was preceded in death by the man who helped raise him, Mark Donaldson.

Receive notifications about information and event scheduling for Richard

There are no events scheduled. You can still show your support by sending flowers directly to the family, or planting a memorial tree in memory of Richard Keith Cook.
Plant a Tree

We encourage you to share your most beloved memories of Richard here, so that the family and other loved ones can always see it. You can upload cherished photographs, or share your favorite stories, and can even comment on those shared by others.

Posted Oct 20, 2020 at 10:55pm
RIP .My friend Keith Cook. I have known you forever and you would help others anytime they needed you. You were a great friend and I so appreciate your friendship to my son who also cared so much about you and says life will never be the same without you but I know you are in a better place and now you will be all of our guardian angel. God be with your family and give them the strength to make it thru such a terrible time. Much love to you Keith Cook . ❤❤❤❤❤❤❤❤❤❤
Comment Share
Share via:
BW

Posted Oct 20, 2020 at 09:58am
He was definitely one of a kind his favorite saying to me was "WHAT CHO NAME IS " had to love him ! My prayers for the family.
Boogie
Comment Share
Share via:
AS

Posted Oct 20, 2020 at 08:06am
Bishop Steven M. Arnold and the members of Grace Temple Church of Little Rock, Arkansas, wish to extend our sincere sympathy and concern for each of you as you celebrate the life and home-going of your loved one, Richard Keith Cook.

Posted Oct 19, 2020 at 06:36pm
My daddy was the best man I've ever known. He was my hero...and quite enjoyed annoying me lol...and I was his princess. He partied hard and loved even harder. A piece of my heart is gone. He will be truly missed by so many. I love you daddy.
Comment Share
Share via:
KJ

Posted Oct 19, 2020 at 02:03pm
You were my hero growing up. You will forever be my guardian angel now. I love you more than you ever know Uncle Keith. - Mickie Doodle
Comment Share
Share via: 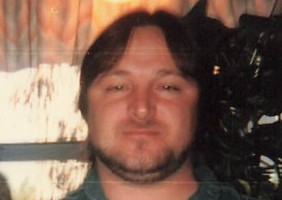