To share your memory on the wall of Raymond Lea, sign in using one of the following options:

To send flowers to the family or plant a tree in memory of Raymond Earl Lea, please visit our Heartfelt Sympathies Store.

Receive notifications about information and event scheduling for Raymond

We encourage you to share your most beloved memories of Raymond here, so that the family and other loved ones can always see it. You can upload cherished photographs, or share your favorite stories, and can even comment on those shared by others.

Posted May 02, 2020 at 12:06am
Raymond you have so many awesome things i can say.
When Daddy Past you were there ( Uncle Paul),
When mom was on her Death Bed 9 you were there for me.
I wish I would have been able to visit you more, But Covid-19 has control of everything.
I pray now that you have an awesom time in Heaven, Tell Everyone Hello,
Look forward to seeing you again.
Now Raymond
Go Rest high Upon you Heavenly Mountain, and Fly like and Eagle.
You will be missed, but never forgotten. 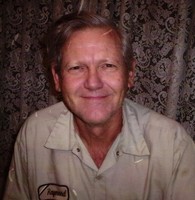