To share your memory on the wall of O.B. McGraw, sign in using one of the following options:

Provide comfort for the family by sending flowers or planting a tree in memory of O.B. McGraw

Provide comfort for the family by sending flowers or planting a tree in memory of O.B. McGraw

Mr. McGraw was reared and received his early education in Pine Bluff, graduating from Pine Bluff High School in 1960. He served in the Army National Guard.

He worked at International Paper, retiring as a general mechanic.

O.B. was a member of First United Methodist Church of Grady. He was a member of the International Paper Quarter Century Club, River City Race Club and Friendly Hunting Club. O.B. was an avid hunter and fisherman who enjoyed building model airplanes, riding his John Deere tractor and reloading ammunition.

Along with his parents, he was preceded in death by his wife, Frances Hurst McGraw.

To plant a memorial tree in honor of O.B. McGraw, please visit our Heartfelt Sympathies Store.

Receive notifications about information and event scheduling for O.B.

There are no events scheduled. You can still show your support by sending flowers directly to the family, or planting a memorial tree in memory of O.B. McGraw.
Plant a Tree

We encourage you to share your most beloved memories of O.B. here, so that the family and other loved ones can always see it. You can upload cherished photographs, or share your favorite stories, and can even comment on those shared by others.

Plant a Tree in Memory of O.B.
Plant a tree
0 trees have been planted in memory of O.B. McGraw
C

Posted May 28, 2020 at 07:45pm
Paula....I am so sorry to hear about your Dad. He is now with your beloved grandmother (Mother) who was the sweetest person on earth and loved you more than life itself. You are the only McGraw. Praying for you during this very sad time and praying for the truth!
Charla
Comment Share
Share via:
LD

Posted May 27, 2020 at 02:51pm
Hi. I didn’t know OB well at all. The house he was living in just now he bought from my husband and I back in August. I recently did have to go see him because o had mail being sent there accidentally and we chatted for just a few min. He was a very nice man and I’m sorry this happened and was sucked when I heard the news yesterday. RIP OB and prayers and condolences to the family
Comment Share
Share via:
B

Posted May 26, 2020 at 09:45pm
O.B . Was always one of my favorite guys at the papermill.I sure enjoyed our many trips to Talladega to the NASCAR races together. He was a great friend and mechanic. I will always consider him a role model . He will be missed.
Comment Share
Share via:
RA

Posted May 26, 2020 at 11:42am
I worked with O.B. at IP and fished with him as well. He was a great person and a lot of fun to be around. My thoughts and prayers are with the family. Rest in peace old friend.
Comment Share
Share via:
ET

Posted May 25, 2020 at 06:07pm
I worked with and around O.B. for many years at International Paper. I thought that he was one of the finest gentlemen that I have every been around. My condolence and prayers for all his family. Edward L. Tucker.. 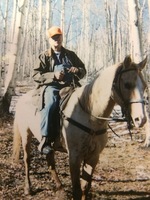 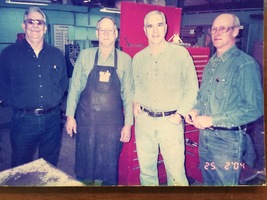 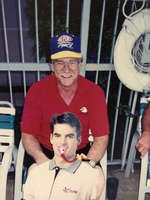