To share your memory on the wall of Nelson Buchanan, sign in using one of the following options:

To send flowers to the family or plant a tree in memory of Nelson Harris Buchanan Jr., please visit our Heartfelt Sympathies Store.

Receive notifications about information and event scheduling for Nelson

We encourage you to share your most beloved memories of Nelson here, so that the family and other loved ones can always see it. You can upload cherished photographs, or share your favorite stories, and can even comment on those shared by others.

Susan & Patrick Morrissey, Ben and Madison Noble, and other have sent flowers to the family of Nelson Harris Buchanan Jr.
Show you care by sending flowers

Posted Mar 25, 2021 at 05:57pm
Jeff and Spencer, I am sorry for your loss. You are in my thoughts and prayers. May the Lord wrap you in peace and comfort during this time.
Comment Share
Share via:
SM

Posted Mar 24, 2021 at 09:50am
Jeff and Spencer - May both of you find comfort knowing that your Dad is with the Lord now. My thoughts and prayers are with each of you and your Family members during this difficult time. - Jim Hoskins
Comment Share
Share via:
TH

Posted Mar 23, 2021 at 09:05pm
Sorry to hear of Nelson's passing.
Our paths never crossed since High School days but I certainly honor his military service among other accomplishments listed.
Comment Share
Share via:
WI

Posted Mar 23, 2021 at 09:01pm
Jeff and Spencer, so sorry for the loss of your Dad. He and I grew up together . He was a great guy and friend. A gentleman. May God comfort y'all and your families at this sad time.
Comment Share
Share via: 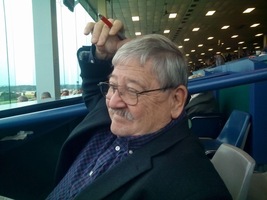