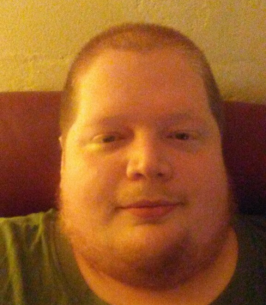 Nathan Doyle Vardaman was born November 27, 1988, in Pine Bluff to Jeffrey Reid Vardaman and Denise Alexander (Daniels). He was a 2007 graduate of White Hall High School. Following graduation, he enrolled at U.T.I. (NASCAR Tech. School), where he graduated in 2011. He formerly worked at Stant. Nathan loved welding and working as an auto technician.  He was a talented blacksmith and enjoyed creating with Legos and was intrigued by Viking culture. Nathan was lovingly described by his wife as “the biggest nerd”, especially for his love of Pokemon and Dungeons and Dragons games.  He was a member of Central Baptist Church.

Nathan passed away on Monday, June 6, 2022, at his home at the age of 33.  He was preceded in death by his grandparents, Bobby Doyle Vardaman and Garland Alexander.

He is survived by his wife, Emily Rittenhouse Vardaman, whom he married November 18, 2019; his special son, David Hooper; his father, Jeffrey Vardaman; his mother, Denise Daniels; a sister, Mandi Herring; and grandparents, Betty Alexander and Gayle Vardaman.