To share your memory on the wall of Nathalie Johnson, sign in using one of the following options:

Provide comfort for the family of Nathalie Johnson with a meaningful gesture of sympathy.

A lifelong resident of Pine Bluff, she was born April 11, 1926 to the late Griffith Ross McSwine and Mercedes Gill McSwine. She graduated from Pine Bluff High School in 1944 and Christian College at Columbia, MO in 1948. Her education culminated with finishing school in Paris, France.

Mrs. Johnson was primarily a homemaker. For five years she worked for the American Red Cross as blood coordinator for Jefferson County. She was also a Cub Scout den mother.

Well known as a “prayer warrior”, Nathalie was a member of First United Methodist Church where she taught Sunday school. She was instrumental in establishing several prayer groups in Pine Bluff, including the Little Bit of Heaven Prayer Group. Mrs. Johnson also organized the first interracial prayer group in the city.

In addition to her parents, she was preceded in death by her sister, Mercedes McSwine; and two grandchildren, McKenzie Johnson and John Johnson, IV.

We encourage you to share your most beloved memories of Nathalie here, so that the family and other loved ones can always see it. You can upload cherished photographs, or share your favorite stories, and can even comment on those shared by others.

Posted Sep 24, 2019 at 10:02am
Our thoughts and prayers are with all of the family during this time. I enjoyed visiting with Mrs. Johnson at Wesley UMC and Trinity.
Dianne Robinson & family
Comment Share
Share via:
LM

Posted Sep 21, 2019 at 10:16pm
So sorry to hear of her passing. She was my Sunday school teacher and her phone number was one digit different from my mother's work number. No telling how many times I called her by mistake when I was little. She was always so kind to me.
Comment Share
Share via: 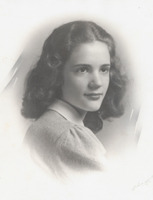