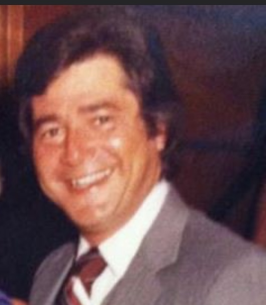 He was reared and received his early education in Pine Bluff, graduating from Pine Bluff High School. Mike was the advertising manager for KOTN in Pine Bluff for many years, where he was Buddy Dean’s right-hand man.  Along with his wife, Kay, he owned and operated Time Travel, where he helped many people create fond memories through travel.  More recently, Mike owned and operated insurance agencies for America’s Quote and Best Quote Insurance until his retirement in 2017.

After moving to Hot Springs in 2015, he enjoyed spending leisure time with his wife and family, cooking and playing with his pets. While living in Jefferson County, Mike attended Family Church in White Hall.

Mike’s colorful personality was bigger than life. His gregarious laugh was infectious and more times than not, it was Mike who could turn a casual event into a party. He lived his life in the left lane, fast and exciting. This was evident by his many “boy toys”, which included motorcycles, corvettes, and airplanes.

He was a skilled marksman. His accuracy and ability with a gun were legendary.  Entering skeet shooting contests on the many cruises Mike & Kay hosted was a given. Oohs, aahs and applause were commonplace when it was Mike’s turn to shoot for the inevitable first place trophy.

A memorial service will be 2:00 p.m., Tuesday, April 12, 2022 in the Chapel of Ralph Robinson and Son with Brother Stephen Harrison officiating.  Visitation will be Tuesday afternoon from 1:00 p.m. until service time at Robinson’s. In lieu of flowers, the family requests donations be made to your local Humane Society.