To share your memory on the wall of Maxine Monteith, sign in using one of the following options:

Maxine worked for Illinois Bell and Southwestern Bell from 1945 to 1983.

She met and married Robert (Bob) Edward Monteith in 1950 while he was a Staff Sargent stationed at Chanute Air Force Base in Rantoul, Illinois.

Maxine and Bob settled in Pine Bluff, Arkansas where they raised two sons, Bobby born in 1951 and Mark in 1959.

Maxine relocated to Austin, Texas in 2013 to be near her son Mark.

Visitation will be held Saturday, October 17, 2020 from 12:30-1:30 p.m. at Ralph Robinson and Son, Pine Bluff, Arkansas followed by graveyard services at 2:00 p.m. at Graceland Cemetery in Pine Bluff.

To send flowers to the family or plant a tree in memory of Maxine Bryant Monteith, please visit our Heartfelt Sympathies Store.

Receive notifications about information and event scheduling for Maxine

We encourage you to share your most beloved memories of Maxine here, so that the family and other loved ones can always see it. You can upload cherished photographs, or share your favorite stories, and can even comment on those shared by others.

Posted Oct 09, 2020 at 04:51pm
Aunt Maxine was special to me. I loved her wit, devotion to her family and her special laugh. She loved life. I am comforted knowing she is with her siblings, husband and sons she loved so much. Rest In Peace dear aunt.
Comment Share
Share via:
JP

Posted Oct 09, 2020 at 03:55pm
Sorry to hear of the passing of Ms. Maxine. My thoughts are with the family, especially Cindy today.
Comment Share
Share via: 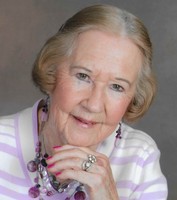