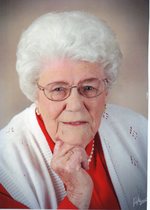 Margie Hulse Fikes, age 95, of Watson Chapel, Arkansas passed away peacefully on Tuesday, December 22, 2020. She was born in White Hall, Arkansas on November 24, 1925 to Benny and Cecil Hulse. She was a devoted wife, mother, mother-in-law, sister, aunt, grandmother, and great grandmother. She was married to J.N. Fikes for 57 years where they built a legacy of faith, service, family, and generosity. Together they owned Fikes Furniture Store in Pine Bluff for 40 years prior to retiring in 1986. Their business was more than just a way of making a living for them, it was a meeting place for many people to come to share a hamburger and a cup of coffee. She prepared 1,000’s of hamburgers on the old stove in the back of their store. There was much laughter, love, and respect for others shared during those times. She was a proud charter member of Watson Chapel Baptist Church where she served in many roles, but two of her most cherished roles were those of rocking babies in the nursery for many years and then later as Outreach Director for her Esther Sunday School class. Even into her 90’s she served as the designated driver for the older ladies of the church . . . in many cases she was older than the ladies she called “old.” During her retirement years she spent much of her time visiting the “shut-ins” who consisted of family, friends, and fellow church members. Anyone who knew her were well aware of her caring and generous heart for others. As her neighbors drove by her house, they were accustomed to seeing her mowing her yard until she was 90 years old. She took pride in the fact that she could take care of herself, as she didn’t want to be a burden on anyone. She was known for her hospitality -- even when she was confined to her nursing home bed, when someone came to visit her, she would say she’d wished she had known they were coming and she would have baked a cake.

Funeral will be conducted by Ralph Robinson and Son Funeral Directors in Pine Bluff, Arkansas. Visitation on Monday, December 28, will precede the funeral at 9:30 a.m. with the funeral service scheduled for 10:30 a.m. in Robinson’s Chapel. Funeral service will be officiated by the Honorable Mike Holcomb. All covid-19 guidelines will apply. The service will be livestreamed and the family encourages anyone who feels unsafe to watch the service on the livestream.

Memorials in lieu of flowers may be made to Ramick Cemetery Association, 312 Regal Oaks Circle, White Hall, AR 71602.