To share your memory on the wall of LuAnn Hensley Callaway, sign in using one of the following options:

She was born September 24, 1959 in New Smyrna Beach, Florida, daughter of Raymond T. and Lou Estine Ayers Hensley. Shortly after LuAnn and her family moved to Pine Bluff. Where she was reared and educated. She graduated from Pine Bluff High School in 1977 and attended the University of Arkansas at Little Rock.

In 1979 LuAnn became part of the work family at Central Moloney, Inc. She was an integral part of their Marketing Division and often went above and beyond the call of duty to ensure that every task that she was responsible for, was done to perfection. She built many lifelong friendships at CMI and was known for her quick wit, exuberant personality, strong work ethic, and her keen intelligence. LuAnn remained a dedicated and loyal employee at Central Moloney Inc. until her health forced her to retire in 2020.

In 1980 while enjoying her love of riding horses, LuAnn was to meet the love of her life, Jameson “Jay” Callaway. From the very beginning they served one another with loving hearts. She and Jay enjoyed the kind of loving relationship that fairytales are made of, so it was only fitting that on May 19, 2018, surrounded by family and friends, they were joined in marriage in Fayetteville AR, in the wedding of their dreams.

LuAnn was a lifelong active member of Second Baptist Church of Pine Bluff before its closing, then later at Greenlee Baptist Church. She had a heart for service and a heart for others, but mostly she had a heart for Jesus. She ministered to others quietly in countless ways. She never met a stranger, she always had a listening ear, an indomitable spirit and contagious smile. You could not help but to be drawn to her, and once drawn in, you couldn’t help but love her.

LuAnn was also involved in her community. She served on the Board of Directors and Allocations Committee for The United Way of Southeast Arkansas. She was an active Redcoat on The Pine Bluff Regional Chamber of Commerce as well on the Chamber 100 Committee.

LuAnn was preceded in death by her parents, Ramond T. and Lou Estine Ayers Hensley.

She is survived by her loving and devoted husband, Jay Callaway; their fur-babies, Tipper, Frankie and Fluffy; Her extended family, Vickie Hamilton, Ricky Aureli and Cindy Walters: Her CMI family and the countless lives she touched through her generous and loving personality.

A visitation will be held Monday, March 1, 2021 from 5-7pm at Ralph Robinson and Son Funeral Home. A graveside service will be Tuesday, March 2, 2021 at 2:00pm at Memorial Park Cemetery in Memphis, TN with Bro. James Watson, officiating.

To send flowers to the family or plant a tree in memory of LuAnn Hensley Callaway, please visit our Heartfelt Sympathies Store.

Receive notifications about information and event scheduling for LuAnn

We encourage you to share your most beloved memories of LuAnn here, so that the family and other loved ones can always see it. You can upload cherished photographs, or share your favorite stories, and can even comment on those shared by others.

Kent Gossage, Lynnette Jackson, and other have sent flowers to the family of LuAnn Hensley Callaway.
Show you care by sending flowers

Posted Mar 07, 2021 at 07:42pm
Jay, we are so sorry for your loss of Luann, yet we celebrate that she is reunited with her mother and father and so many other relatives in Heaven. We will all miss her so much. Although she and I didn’t have the opportunity to talk very often, when we did, they were definitely long phone conversations. Luann had such an amazing and uplifting spirit with everyone she met.
I have many fond memories of Luann, Toppie & Raymond, Jr. from the time I was a small child both in Memphis and also after they moved to Pine Bluff. She will always remain in my heart as I know she will yours and so many others. I know we will see her again one day. God bless you Jay! May God surround you with His angels and I know Luann will be one of them.
Comment Share
Share via:
JW

Posted Mar 03, 2021 at 06:34pm
Jay, so sorry for the loss of LuAnn. She was a great coworker and always a ray of sunshine! Thoughts and prayers
Comment Share
Share via:
SD

Posted Mar 03, 2021 at 10:10am
Jay, I’m so very sorry for your loss. What a sweet girl. I’ll always remember our exchanges of cards back to when I lost Ed. For many years she was such an encouragement. She was the best most faithful friend. A true servant for Jesus. She’s where we are all trying to get to. Praying for you Jay. Sherry Duckett
Comment Share
Share via:
RF

Posted Mar 01, 2021 at 03:05pm
I had the pleasure of working with Luann for several years, she was truly an incredible woman, and will be immensely missed.
I will never forget her. My deepest sympathies during your time of loss, thoughts/prayers are with you and family.
Stacey Tomczak 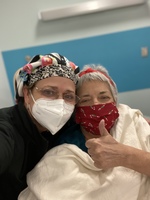 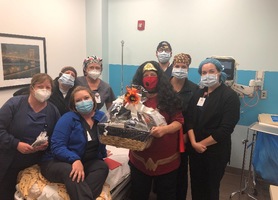