To share your memory on the wall of Louise Anderson, sign in using one of the following options:

Born Mary Louise Gray September 17, 1941 in Pine Bluff, she was a daughter of James W. and Vergie Mae Pierce Gray.

Born Mary Louise Gray September 17, 1941 in Pine Bluff, she was a daughter of James W. and Vergie Mae Pierce Gray.

She worked for the Pine Bluff Arsenal as a systems analyst before working for Blue Cross Blue Shield, retiring in 1999 as a project manager.

Mrs. Anderson was an active member of Watson Chapel Baptist Church, where she was the volunteer Sparky director of AWANA for 25 years and a Sunday School teacher for 30 years. She also felt called as part of the first group of volunteers for the Hope Women’s Crisis Center (now Hope of the Delta) and served there for 10 years.

Along with her parents, she was preceded in death by her husband, Bobby Joe Anderson, whom she married August 29, 1959 in Greenville, Mississippi; son, Bobby Darrell Anderson; sister, Juanita Parker; and two brothers, Ed Gray and Charles Gray.

Funeral services will be held, Friday, January 29, 2021 at 2:00 pm at Watson Chapel Baptist Church with Brothers Todd Howard and Horace Gray officiating. Interment will follow in Memorial Park Cemetery by Ralph Robinson and Son Funeral Directors. Visitation will be Friday afternoon from 1:00 p.m. until service time at the church.

To send flowers to the family or plant a tree in memory of Louise Anderson, please visit our Heartfelt Sympathies Store.

Receive notifications about information and event scheduling for Louise

We encourage you to share your most beloved memories of Louise here, so that the family and other loved ones can always see it. You can upload cherished photographs, or share your favorite stories, and can even comment on those shared by others.

Posted Jan 28, 2021 at 03:28pm
My dear friend Louise was a wonderful person, not just beautiful on the outside but beautiful inside, I first knew Louise from working at the Pine Bluff Arsenal but really got to know her from the work she did for Jesus Christ, our Lord and Savior! She has been such an inspiration to everyone who knows her for the manner in which she carried out her final days on this earth; dedicated to her service for Christ. Goodbye from the Lydia Sunday School Class at Watson Chapel Baptist Church until we meet again. Signed: Carolyn DeVos
Comment Share
Share via:
RB

Posted Jan 28, 2021 at 03:28pm
Terry-I am so sorry to hear about your mom. Praying for peace during this difficult time. Take care-Roxanne Bailey
Comment Share
Share via: 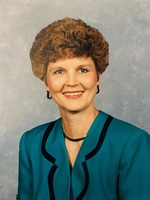