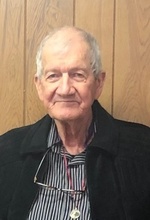 Lloyd Glenn West, 80, of Pine Bluff, died Thursday, February 25, 2021, in a local hospital. He was born June 19, 1940, in Pine Bluff to William and Vera McKenzie West. He was a 1958 graduate of Watson Chapel High School. Following graduation, he served in the United States Army. Later, he took a job with the Port of Houston as a Marine Firefighter. While there he served for a time as the President of the Firefighter’s Union, and retired as Fireboat Captain. After his retirement, he moved back to Pine Bluff and worked with his brother at Kirby’s Plumbing and Mechanical for 10 years. He was a member of Sulphur Springs Baptist Church, the Friendship Auto Club in which he also served as Past President, and the Masonic Lodge.

He was preceded in death by his brother, Bill West; two sons, Jeffery Todd West and Jay West; and a daughter, Kay West.

He is survived by two sons, Greg West and wife, Kaaran, and Brian Borecky and wife, Karen; a daughter, Tammy Rauls and husband, Brad; a brother, Kirby Raymick; and a number of grandchildren and great-grandchildren.

Live-streamed services will be held at 2:00 P.M. Friday, March 5, 2021, at the Chapel of Ralph Robinson and Son Funeral Directors with the Rev. Larry Childers officiating. Burial will follow in Fitzhugh Cemetery.

Following the funeral service, the family will gather at the home of Kirby Raymick.