To share your memory on the wall of Bo Tanner, sign in using one of the following options:

Bo loved to sing and often performed from a young age at parties, for c... Read More
Lloyd Leslie “Bo” Tanner went to be with the Lord on Monday, February 1, 2021. He was born in Pine Bluff, Arkansas on February 23, 1938 to Nide and Ruby Tanner.

Bo loved to sing and often performed from a young age at parties, for civic groups, and later, television. After high school he joined the U.S. Air Force where he finished fourth in the “Tops in Blue” contest earning him an audition for the Ed Sullivan Show in New York City. He won and appeared on the show with eight other airmen. After serving in the military, he returned to Pine Bluff and married his high school sweetheart, Linda Gay List.

As much as he loved to sing, when Bo was asked in high school what he wanted to do in life he always told them he wanted to sell. In his early working years, he sold insurance in Pine Bluff for Jim McClellan, then he worked accounts for the family business, List Laundry and Dry Cleaners. In the early 70’s he went to work for Certified Labs out of Texas where he was in chemical sales. He then opened his own business in Pine Bluff, The American Chemical Company.

Bo was a man that loved life, singing, entertaining, and playing golf. Most of all though, Bo loved the Lord and his family. As a young family man, he was a member of First Presbyterian Church of Pine Bluff, Arkansas, where he was most loved for his solos and for the many years that he taught the 10th grade Sunday school class. After retiring, he spent several years in The Villages in central Florida, but his last years were spent in Hot Springs Village in Arkansas with his wife Carolyn Vining-Tanner where he attended (and still sang solos at) the Woodlands Presbyterian Church.

A private graveside service will be held for immediate family. The service will be recorded and streamed on www.ralphrobinsonandson.com and on the Ralph Robinson and Son Facebook page. All current Covid-19 guidelines will be followed.

The family asks that in lieu of flowers, memorials be made to St. Jude Research Hospital.
Read Less

To plant a memorial tree in honor of Bo Tanner, please visit our Heartfelt Sympathies Store.

Receive notifications about information and event scheduling for Bo Tanner

There are no events scheduled. You can still show your support by sending flowers directly to the family, or planting a memorial tree in memory of Bo Tanner.
Plant a Tree

We encourage you to share your most beloved memories of Bo Tanner here, so that the family and other loved ones can always see it. You can upload cherished photographs, or share your favorite stories, and can even comment on those shared by others.

Posted Feb 10, 2021 at 02:23pm
Carolyn - Pam and I were so saddened by Bo's passing. As you know, both of us lost our spouses a little over three years ago. You and Bo were such a wonderful couple and we loved seeing you two at church. As a fellow tenor and member of the choir, I miss Bo so very much. I miss his playing the piano and singing, his friendship and his wonderfully kind way of saying things and doing things. You could see the love he has for our Lord and Savior and for His people. I was so privileged to be the last person to be able to play golf with Bo. We played Cortez and he hit the ball off the tees and in the fairways (he never is in the rough - always straight down the middle). However, he could not walk from the cart to the green to putt. That was the moment he knew that he might not play golf again. However, he was still smiling when we ended the round, because he knew he was going home to be with you. I know he is playing & singing unto the Lord this very day in Heaven. May God Bless & Comfort You - Dave Wortman
Comment Share
Share via:
JW

Posted Feb 08, 2021 at 12:10pm
Bo was such a kind and gentle man who sang for us and shared his knowledge of the Bible with all. He will be truly missed by us all here at Woodlands Presbyterian Church in Hot Springs Village. God brought him and our dear precious Carolyn to us and we love them both.

Posted Feb 07, 2021 at 06:07pm
So very sorry for your loss! Sending condolences to all of you, especially our dear friend, Carolyn. We know you and Bo shared a special love for each other. Sorry you could not have more time together. Keeping you in our thoughts and prayers!
From: Shirley & Sonny Willis
Comment Share
Share via:

Posted Feb 05, 2021 at 01:24pm
Bo was a joyous spirit who loved Jesus, and manifested a loving spirit; how I will miss him!
Comment Share
Share via: 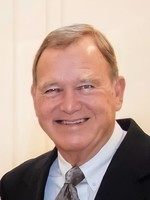 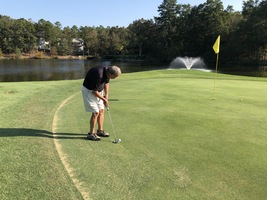