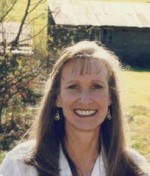 Lisa Ann Newby passed peacefully from this earth early Sunday morning, September 1, 2019, after an unexpected and brief battle with cancer. She was surrounded by her loving family who kept a watchful eye and held her hand until the gates opened.
Lisa was born December 17, 1958 in Pine Bluff, Arkansas, to the late Edward Ingram Staten, Esq. and Ladonna Nafziger Staten. She graduated from Pine Bluff High School in 1977 and shortly thereafter began a career with Entergy Arkansas that spanned approximately 40 years. She was quiet and humble but ask anyone who worked with her and they would agree that she could run the place.
Known for her beautiful big blue eyes and winning smile, she married Michael Steven Newby of Dollarway in 1983, and gave birth to her only child, Michael Steven Newby, Jr., on June 19, 1990. All who knew her were most certainly aware that this sweet-hearted baseball marvel and his father Mike were the greatest gifts she enjoyed during her time on this earth. She was a deeply loyal person who loved with all of her heart as those who know her will attest.
In addition to her father, Lisa was predeceased by her maternal grandparents, Lawrence and Edith Nafziger; uncle, Bob Nafziger of Hopedale, Illinois; father-in-law, Tom Newby and sister-in-law, Lisa Gail Newby of White Hall.
Survivors include her husband, Mike and son Michael; Mother, LaDonna Staten Twyford; Aunt, Katheleen Nafziger; sister, Susan Lea Carter; mother of niece, Chandler Elise Carter; and nephew, Grant Ingram Carter; brother, Kevin Staten and wife Karan; Mother-in-law, (Granny) Thelma Newby; brother-in-law, Pat Newby and wife Debbie, parents of Amy and Chad; and sister-in-law, Vicki Smith, sons Colby and Shea Smith.
A memorial service will be 5:30 p.m., Wednesday, September 4, 2019 in the Chapel of Ralph Robinson and Son with family friend Mike Harper officiating. Visitation will be Wednesday from 4:00 p.m. until service time at Robinson’s. Online register: www.ralphrobinsonandson.com
Memorials may be made to Hospice Angels, 3801 Camden Road, Chapel Village I, Suite 12, Pine Bluff, Arkansas 71603.
The family wishes to thank all friends and family for their prayers and support throughout this battle and for reminding us that it is all in the hands of God. Also, we would like to thank Hospice Angels of Pine Bluff for helping our family understand this very painful yet gratifying process of life and death. Prayers to all who thought of our beloved Lisa Ann during this time.
With love and prayers,
The Newby Family