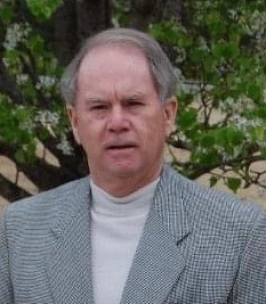 Kenneth Earle Buckner, 75, of Little Rock, formerly of Pine Bluff, loved his family, the lake, history and his church.

He passed away Friday, April 8, 2022 in Little Rock surrounded by his family.

Ken was reared and received his early education in Pine Bluff, graduating from Pine Bluff High School in 1966.  He earned his Bachelor’s Degree and Law Degree from the University of Arkansas at Fayetteville, where he was a proud member of the SAE Fraternity.

He had a very successful career as an attorney in Pine Bluff for many years.

Ken was a member of First Baptist Church of Pine Bluff, where he served as a deacon and was instrumental in the building committee that moved the church to their current location on Hazel Street.  Mr. Buckner was a history buff and train lover who cared deeply about the 819 restoration and served on the board of the Arkansas Railroad Museum.  He also loved the lake and enjoyed spending time in his boat or water skiing.

Along with his parents, Mr. Buckner was preceded in death by his loving wife, Jane Cole “Janie” Buckner, whom he married December 23, 1970.

Funeral services will be 10:30 a.m., Tuesday, April 12, 2022 at First Baptist Church with Reverend Kenneth Thornton officiating.  Interment will follow in Graceland Cemetery by Ralph Robinson and Son Funeral Directors.  Visitation will be Monday evening from 5:30-7:00 p.m. at Robinson’s.