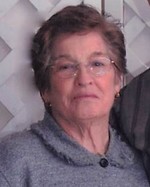 Juanita Terry, 87, of Rison, passed away Tuesday, December 29, 2020 surrounded by her loving family.

Born Erma Juanita Simms November 28, 1933 in Glendale, she was the daughter of Morgan Simms and Mollie Una Brown Simms.

Mrs. Terry was reared and received her early education in Woodlawn, graduating from Woodlawn High School.

The former Erma Juanita Simms married brother Calvin “Doc” Terry June 27, 1951 in Woodlawn. Mrs. Terry served alongside her husband for 44 years as a loving preacher’s wife and homemaker. Later she worked as a school bus driver for 25 years for Woodlawn School. She retired from Woodlawn Schools after 25 years as a bus driver.

Mrs. Terry was very involved with her church, New Hope Missionary Baptist Church, and even helped raise her grandchildren. She loved gardening and following her children and grandchildren to all their events.
Along with her parents and husband, she was preceded in death by her sister, Marie Briant; and brother, Gerald Simms.

Private funeral services will be 11:00 a.m., Saturday, January 2, 2021 with Brother Carlin Gray officiating. Interment will be private. Family and friends are encouraged to watch the service on the livestream at www.ralphrobinsonandson.com.