To share your memory on the wall of John McAlister, sign in using one of the following options:

Provide comfort for the family of John McAlister with a meaningful gesture of sympathy.

To send flowers to the family or plant a tree in memory of John William McAlister, please visit our Heartfelt Sympathies Store.

Guaranteed hand delivery by a local florist
U

Posted Aug 27, 2019 at 07:47pm
How does one say without sounding trite, how very sorry one is?? To the family,,my deepest and most sincere sympathies.John will always be in my heart,my memories will give me some comfort,but,will not replace him,,I can see him now,,he's playing with Abby one of her favorite games,get Mr. Hand..RIP John,,Oh,,,should you see Dove,,give her a big hug for me.

Posted Aug 24, 2019 at 08:16pm
Where do I begin....I met Mac 15 yrs ago in Chat...He was such a crazy but fun loving guy...He was known as the blues man..little did I know what that meant...I soon found out tho...He was the best blues Dj in chat...He will always hold that title. So of course Mr Mac thought he liked being the king ...He decided to take it a bit farther and challenge us to Gammon and Acey Deucy.. Unfortunately His games left a lot to the imagination...that is one accomplishment I just couldn't give to you Mac man...I loved whooping your butt!!..As time progressed we became the best of Friends...even tho I was still kicking his butt in Acey ..The memories I hold will always be in my heart.. He was always there when someone needed him..either to Dj....or just talk ...You will never know how many lives you touched mac.. I will always love you my dear Sweet Johnn..with an IE....Rest in peace Mac Man...To Pat and Dana.....Mac worshiped the ground you two walked on...I remember countless of hours talking about the both of you...(oh and of course watching you take your cat nap on the recliner Pat.)..You guys gave Mac a reason to keep going...always there to help him out..and taking care of him..for that I thank you so very much.. My heart is with you both at this time....Take care of that little Muffy...she is a big part of mac..and is there to help you both thru this....Last but not least...Tree Brat..Your Dad was so proud of and loved you so much..I can remember him telling me how he taught you to Dj...When you would come in the room...His face would light up...He would say....right there is a chip off the old block...My heart goes out to you in this trying time ..Just know..he loved you...Johnn..with and IE....this is Robineeeeeeeeeeee...Soar high with the Angels ..I know you will be looking over me......I love you Johnn...with and IE..and miss you dearly....hugzzzz you tight one more time
Comment Share
Share via:

Posted Aug 23, 2019 at 09:20pm
My sincere condolences to his family. I was so sorry to hear of Mac's passing! We were great friends online and enjoyed listening to him DJ the blues and chatting with him. He was a very fun and lovable man ! He will be greatly missed! Love you Mac!! RIP
Comment Share
Share via: 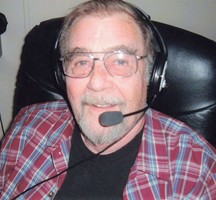 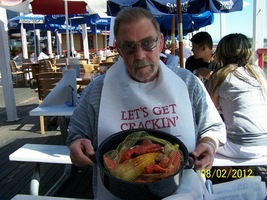 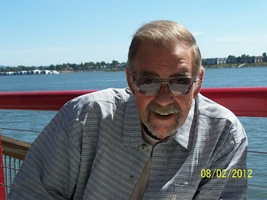 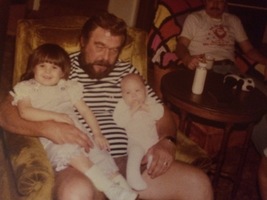