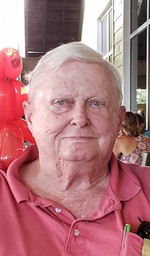 Jimmy J. Featherston, 80, of White Hall, Arkansas, passed away Wednesday, February 5, 2020, at Jefferson Regional Medical Center.
Mr. Featherston was born July 23, 1939, in Harrison, Arkansas, a son of the late Joseph G. and Geneva Sloan Featherston. He was reared and received his education in Pine Bluff, where he graduated from Pine Bluff High School. He graduated as a Distinguished Military Graduate with his Bachelor of Arts Degree from Henderson State University. He was commissioned into the United States Army where he served two tours during the Vietnam War.
Mr. Featherston retired as Major from the United States Army after 25 years of service. He then went to work for the Department of Defense as a Quality Assurance Specialist, retiring from there in 1995. He also worked for the Office of Emergency Management for seven years and the Federal Emergency Management Agency on an as needed basis.
He was a Methodist and a member of the VFW Post #4455, American Legion, Elks Club, and the National Rifle Association.
Mr. Featherston is survived by his loving wife, Somnuk K. Featherston whom he married December 25, 1974, in Bangkok, Thailand; son, Mark James Featherston, stationed in Korea; two daughters, Carol Wilfert of Baton Rouge, Louisiana and Sara Shrewsbury of Auburn, Alabama; six grandchildren, Jack, Ben, and Lilly Wilfert, Sofia Shrewsbury, Molly and Moria Featherston; and a brother, Michael Sloan Featherston of Dallas, Texas.
Memorial services will be held 2:00 PM, Saturday, February 8, 2020, in the Chapel of Ralph Robinson and Son with Military Honors. There will be a visitation one hour prior to service time.
In lieu of flowers, the family has requested that memorials take the form of donations to Wounded Warrior Project, P.O. Box 758516, Topeka, Kansas 66675-8516 or United Service Organization (USO), Inc., P.O. Box 96860, Washington, DC 20077-7677.
Online condolences: www.ralphrobinsonandson.com