To share your memory on the wall of Jesse Walt, sign in using one of the following options:

Born April 20, 1927, in Little Rock, he was a son of the late James Riggs Walt, Jr. and Myrtle Mathews Walt. He spent his early years of education in Altheimer before transferring to and graduating from Sewanee Military Academy at Sewanee, TN.

Mr. Walt was a World War II veteran, enlisting in the United States Navy near the end of the war. Following boot camp in San Diego, he served on the destroyer escort U.S.S. Courier for six months and then was transferred to the submarine tender U.S.S. Sperry. He was honorably discharged from his service in 1947 and went on to continue his education at the University of Arkansas at Fayetteville. He graduated 27 months later with a Bachelor of Science degree in Business Administration in the summer of 1949. A member of the Sigma Alpha Epsilon fraternity, he exemplified all of the qualities of The True Gentleman. His name can be found on the front lawn of Old Main in the “Class of 1950” senior walk.

Mr. Walt returned home to join the family farming operation, which was established in 1901. He served in the Arkansas State Legislature from 1955 until 1967. From 1975 to 2009, he served as president of the First National Bank of Altheimer. He also served as chairman of the board of Planters Gin Company of Altheimer for the past 59 years.
Mr. Walt was a past president of the Altheimer Lions Club; member of the Altheimer School Board; and an 18-year member of the board of directors as well as the past chairman of the Stuttgart Grain Dryers Association. He was also a past chairman of the Jefferson Regional Medical Center Board and a board member of the AHEC program at JRMC.

He was a lifelong member of the Altheimer United Methodist Church, where he served in many capacities, currently serving as chairman of the Board of Trustees.

In addition to his parents, he was preceded in death by his siblings, Dr. James Riggs Walt, III, and Jean Walt Stallings.

The family would like to thank Chandala Moore, Debra Jones and Margaret McPhearson for their loving and compassionate care, as well as Dr. Chris Morgan and the caring staff at Baptist Stuttgart.

There will be a private memorial service at the Altheimer United Methodist Church on December 29th. Honorary Pallbearers are F. H. Lyons, Jr., Ronnie Jeter, Matt Jeter, Clay Jeter, Randy Massanelli, Miles Goggans, Bill Pearcy, and Harry Ryburn. Family and friends are welcome to attend the graveside service that day at Flat Bayou Cemetery at 2:00 p.m. (From Hwy. 79, turn north on Blackwell Rd. for 3.5 miles). Rev. Fred Arnold and Rev. Lance Hickerson will officiate. Covid-19 precautions will be mandated at all times.

To send flowers to the family or plant a tree in memory of Jesse Page Walt Sr., please visit our Heartfelt Sympathies Store.

Receive notifications about information and event scheduling for Jesse

We encourage you to share your most beloved memories of Jesse here, so that the family and other loved ones can always see it. You can upload cherished photographs, or share your favorite stories, and can even comment on those shared by others.

Taylor Stallings and family and Billy and Betty Capps sent flowers to the family of Jesse Page Walt Sr.
Show you care by sending flowers

Mimi and Jim Hugg and family

3 trees were planted in the memory of Jesse Walt

Posted Dec 31, 2020 at 09:17pm
Page and Chase, I send my sincere condolences for the passing of Mr. J. P. He was always a kind, gentle, pleasant, welcomed guest when I had closings with him and you all. Prayers for comfort and peace in the days to come. Kim Farrer
Comment Share
Share via:
BJ

Posted Dec 29, 2020 at 11:00am
I join the friends and family of Mr Walt in mourning the passing but celebrating the life of a truly great man.
Comment Share
Share via:
MB

Posted Dec 28, 2020 at 11:47am
Prayers for all the Walt family during this time. Mr Walt will sure be missed by us all.
Gary and Debbie Gatlin
Comment Share
Share via: 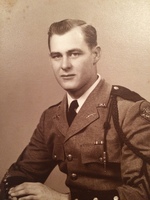 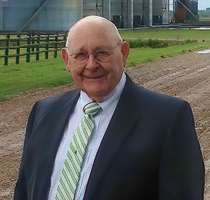