To share your memory on the wall of James Torres, sign in using one of the following options:

To send flowers to the family or plant a tree in memory of James Joseph Torres, please visit our Heartfelt Sympathies Store.

Posted Feb 13, 2021 at 04:59pm
Reba this was a beautiful service. I was able to watch it live online. I sure will miss my ole friend. We had some many good times together. Good memories.

Posted Feb 12, 2021 at 12:11pm
Dru, your Daddy was such a warm loving soul, and made amazing tamales! I remember his hugs - so warm - and he would always give an extra bonus hug before letting go. God bless both you and your momma as you remember him, and know that your separation is only temporary.
Comment Share
Share via:
RW

Posted Feb 11, 2021 at 08:13pm
My condolences to the Torres family. I did not know him, but I attended school with his daughter Dru. She is a great person so I know he must have been a great father. May he Rest in Peace and Rise in Glory. God Bless and comfort you Dru.
Comment Share
Share via:
EG 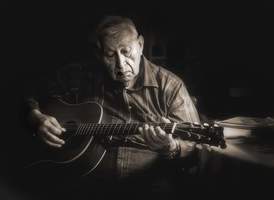