To share your memory on the wall of James Anderson, sign in using one of the following options:

Provide comfort for the family of James Anderson with a meaningful gesture of sympathy.

To send flowers to the family or plant a tree in memory of James Monroe Anderson, please visit our Heartfelt Sympathies Store.

The colemans, Phifers and The Evans, Christy Kinchen, and others have sent flowers to the family of James Monroe Anderson.
Show you care by sending flowers

Posted Aug 07, 2019 at 03:59pm
Our Thoughts and Prayers are with you all. May God comfort you in the days to come.
Love Darrell and Sandy Anderson
Comment Share
Share via:
TE

The colemans, Phifers and The Evans

The colemans, Phifers and The Evans purchased the Tender Tribute for the family of James Anderson. Send Flowers

Posted Aug 06, 2019 at 06:36pm
Dear Mrs Rachel, Cheryl, Carol Ann and family, we send our deepest sympathy in the passing of Bro James but rejoice knowing he is in the presence of his Saviour who he so faithfully served. We have loved your family for many years and pray for each of you in the days and weeks ahead. Seek Him and He will supply every need. Love and prayers, the Stones.
Beverly Stone, Bobby and Nannette Stone.
Comment Share
Share via:
LD

Posted Aug 06, 2019 at 10:22am
We will forever cherish the friendship and love of the Anderson's and their family as well. Know we are praying for comfort and strength for you all! Don't you know that Jesus said, "James, well done thou good and faithful servant"!! Love from the Hinkles.
Comment Share
Share via: 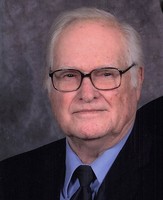