To share your memory on the wall of Jack Jones, sign in using one of the following options:

Print
Jack Eugene Jones, Sr., 76, of White Hall, went to be with the Lord Wednesday, March 3, 2021 from injuries sustained in a car accident.

He was born April 21, 1944 in Bakersfield, California, son of Jack Wilkerson Jones and Pearl Flanaga... Read More
Jack Eugene Jones, Sr., 76, of White Hall, went to be with the Lord Wednesday, March 3, 2021 from injuries sustained in a car accident.

He worked as a farmer for 14 years before beginning his career with Jefferson County. Jack worked for the Jefferson County Sheriff’s Department for three years, when he helped start the Junior Deputy Program, before taking a job with County Judge Earl Chadick to help start garbage pickup in the rural areas of Jefferson County.

After Judge Chadick passed away, Jack was elected County Judge in the next election and served Jefferson County from January 1, 1989 until December 31, 2006. His proudest accomplishments as County Judge included pioneering bridge construction and the county recycling program. Judge Jones won a national award for the county recycling program and he gave several presentations both in schools and throughout the community on the importance of recycling. Judge Jones was also a major driver behind the Jack Jones Junvenile Detention Center and the development of a new adult detention center.

During his time in office, Judge Jones loved serving his community and served on many boards and committees. After leaving office, Jack continued to serve on the board of Southeast Arkansas Behavioral Healthcare and was on his way to a board meeting with them at the time of his accident.

He was a committed, loyal Christian who led a life that pointed others to Christ. Jack was an active member of Olive Branch Missionary Baptist Church.

Along with his parents, he was preceded in death by sister, Laverta Shults; granddaughter, Shelby Smith; and two infant siblings.

Funeral services will be 10:30 a.m., Monday March 8, 2021 at Olive Branch Missionary Baptist Church with Brothers John Mooney and John Williams officiating. Interment will follow in Ain Cemetery in Grapevine. Visitation will be Sunday afternoon from 2-4 p.m. at Ralph Robinson and Son Funeral Directors. All current state covid-19 guidelines will apply.

To send flowers to the family or plant a tree in memory of Jack Eugene Jones Sr., please visit our Heartfelt Sympathies Store.

Receive notifications about information and event scheduling for Jack

We encourage you to share your most beloved memories of Jack here, so that the family and other loved ones can always see it. You can upload cherished photographs, or share your favorite stories, and can even comment on those shared by others.

Posted Mar 15, 2021 at 01:38am
I'm sorry to hear the passing of Jack. My family and I have known Jack for many years. He was a fine fine gentleman. Love and prayers for all his family.

Posted Mar 09, 2021 at 10:07am
Mr. Jones was instrumental in my growth as a responsible citizen, man, and contributor to humanity. As a Junior Deputy, I still recall the fun we had. Especially, when made the pontoon raft and won the rafting contest held years ago. My condolences to Jack, Jeff, and the family. Best, Jeff Neal
Comment Share
Share via:
BT 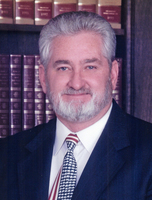