To share your memory on the wall of Havis Case, sign in using one of the following options:

To send flowers to the family or plant a tree in memory of Havis Dale Case, please visit our Heartfelt Sympathies Store.

Receive notifications about information and event scheduling for Havis

We encourage you to share your most beloved memories of Havis here, so that the family and other loved ones can always see it. You can upload cherished photographs, or share your favorite stories, and can even comment on those shared by others.

Posted Apr 30, 2021 at 07:30pm
Havis was our friend for many years as we worked in ministry. We treasure many great memories.
Lena, we are praying for you and your family.
God bless you. Mack and Shirley Chambers
Comment Share
Share via:
GG

Posted Apr 30, 2021 at 10:36am
My Prayers goes out to U Mrs Lena and Family . Mr Case was a wonderful Christian Man and he will be dearly miss .
Comment Share
Share via:
MH

Posted Apr 30, 2021 at 09:07am
Havis was the youth director at my Church during a very critical time in my life. Just about everything I know about being a Christian can be attributed to this great man of God. He and Mrs. Lena opened their hearts and home to show the love of God to a bunch of rowdy teens. The example that he lived everyday showed us all that it was actually cool to be a Christian. Over the years I had the opportunity to maintain a friendship with Havis. I know that his family and all of us will miss him. It sure is a great comfort to know that we will see him again one day.

Posted Apr 29, 2021 at 09:10pm
My condolences to The Case family. Mr. Havis is truly a man of God & now in the presence of Jesus Our Saviour. He was definitely a blessing to many souls. My prayers will be with you.
Comment Share
Share via:
T

Posted Apr 29, 2021 at 08:54pm
So sorry to hear of Havis' passing, but from all I've read about him, all is well with him right now. He just got his final promotion, as a former pastor of mine used to say. God bless & comfort all of you. Thomas Dale Case & Joyce Ann Case. (Joyce worked @ AP&L with him in Pine Bluff.)
Comment Share
Share via: 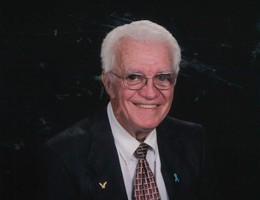