To share your memory on the wall of George Flumm, sign in using one of the following options:

He was preceded in death by his mother and father.

He was cared for by his family, assisted by Hospice Angels for whom the family is grateful.

A memorial gathering will be announced by the family.

Cremation arrangements are under the direction of Ralph Robinson and Son Funeral Directors.
Read Less

Receive notifications about information and event scheduling for George

There are no events scheduled. You can still show your support by sending flowers directly to the family, or planting a memorial tree in memory of George Michel Flumm.
Plant a Tree

We encourage you to share your most beloved memories of George here, so that the family and other loved ones can always see it. You can upload cherished photographs, or share your favorite stories, and can even comment on those shared by others.

Posted Dec 17, 2020 at 09:06pm
Marietta so sorry of Mike’s passing. He was always so nice when I seen him at work or at the grocery store. Nan Johnson
Comment Share
Share via:
S

Posted Dec 02, 2020 at 11:11pm
Marietta and family, so very sorry for your loss. Mike was such a nice guy, and I am so glad I had the opportunity of working with him at PBA. Prayers for you all during this time.
Comment Share
Share via:
DA

Posted Dec 02, 2020 at 10:43am
Many memories of Mike
although we were not close in our later years We grew up together in Pine bluff Prayers for all
Comment Share
Share via:
L

Posted Dec 02, 2020 at 09:59am
Mike will always be missed in my heart, he was like a brother even if we was just cousins. He always beat me playing dominoes and we would end up in a argument cause he could count the dominoes and I couldn’t.
Love You Maretta & Family
Linda Sue
Comment Share
Share via:
SN

Posted Dec 01, 2020 at 07:27pm
Went to school with George , sending my prayers to all the family. He will be missed. Sheila Nelson-Pitt'
Comment Share
Share via: 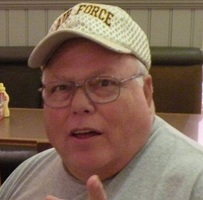