To share your memory on the wall of George Connell, sign in using one of the following options:

He began his career at Drew Central Elementary in Monticello before he and his family moved to White Hall in 1977, where he became the first principal at Taylor Elementary. Mr. Connell proudly served Taylor Elementary School until his retirement in 2009.

George was a vital part of the White Hall United Methodist Church family. He was the organist for 43 years, served on many committees and was a Bible Study leader for many years.

Due to covid-19 restrictions, the family has asked for no visitors at their home.

George will be in state Friday, May 1, 2020 from 1:00-4:30 p.m. at Robinson and Fuller White Hall Funeral Chapel. Only groups of 9 or fewer will be allowed to view George at a time Friday afternoon due to restrictions. There will be a drive through visitation Friday evening from 5-7 p.m. in the parking lot of the White Hall Community Center. We ask that everyone attending stay in their vehicles and the funeral home staff will direct you where to go to greet the family while staying in your vehicle.

Memorial services will be 2:00 p.m., Saturday, May 2, 2020 in the parking lot of the White Hall Community Center. We ask for those in attendance to stay in their vehicles while in attendance. The service will be live streamed on www.RalphRobinsonandSon.com and on the Ralph Robinson and Son Facebook page. The service will also be broadcast on 101.3 FM radio. Interment will be private. There will not be a register book at the service. The family has asked that you leave typed or video condolences on George’s page at RalphRobinsonandSon.com.

To send flowers to the family or plant a tree in memory of George Henry Connell III, please visit our Heartfelt Sympathies Store.

Receive notifications about information and event scheduling for George

We encourage you to share your most beloved memories of George here, so that the family and other loved ones can always see it. You can upload cherished photographs, or share your favorite stories, and can even comment on those shared by others.

Amber Welch, Ernest Sexton, and other have sent flowers to the family of George Henry Connell III.
Show you care by sending flowers

Guaranteed hand delivery by a local florist
DO

Posted May 02, 2020 at 03:59pm
Gloria, Christie and Blake, right now I’m having trouble processing my thoughts and words. So, for now, I’m just going to say that Mr. Connell was one of the finest human beings I have ever known. The things I learned from him as my principal and friend are still being practiced and passed on today. May God bless each of you and know that my thoughts and prayers are coming your way. Much love, Debbie
Comment Share
Share via:

Posted May 02, 2020 at 02:59pm
Mr. Connell was such a great leader where it was either at home, church or school. I always knew if I need advice I could turn to him and he would lead me in the right direction, As Bro. Gary Akers would say "Well done you good and faithful servant." You will truly missed but never forgotten. Gloria, Christie and Blake my thoughts and prayers goes out to the family. May God be with you.
Love,
Linda Pace
Comment Share
Share via:
AW

Posted May 02, 2020 at 09:20am
We love you all. Continued prayers for your family. Love, Amber, Jase and Jeff Welch, Jordan and Jake Bigger

Posted May 02, 2020 at 02:53am
I’ve never known a finer man than Mr. Connell. Christie and family, my thoughts are prayers are with you all. So sorry for your loss.
Comment Share
Share via:
AS 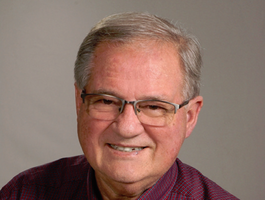 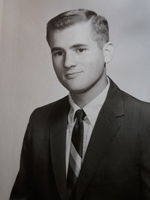 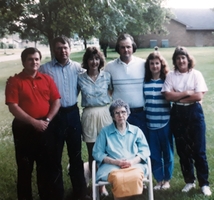