To share your memory on the wall of Frances Sterling, sign in using one of the following options:

Provide comfort for the family of Frances Sterling with a meaningful gesture of sympathy.

Arrangements are by Fuller Hale South Funeral Services, and a service will be held at a later date. Burial will be in Bellwood Cemetery in Pine Bluff with her parents and daughter. Memorial donations in her name may be made to Arkansas Children's Foundation, Post Office Box 2222,
Little Rock, AR 72203-9984.

Online condolences may be made at FullerFunerals.com
Read Less

We encourage you to share your most beloved memories of Frances here, so that the family and other loved ones can always see it. You can upload cherished photographs, or share your favorite stories, and can even comment on those shared by others.

Posted Dec 01, 2019 at 02:56pm
Francis' (first) husband, Phillip, was one of my best friends in Little Rock High School, (now, Central), when she and Phil were dating. I attended their wedding. Phil and I both became Geologists ( and left the state). . I lost contact with Frances, but i have fond feelings and memories of her from those days back in the 1950s. Iwas so sorry to hear of her loss, wish I had known she was here, in Arkansas. Deepest sympathy for her family . May she Rest In Peace. Don Castleberry, Maumelle (501) 960-1960
Comment Share
Share via: 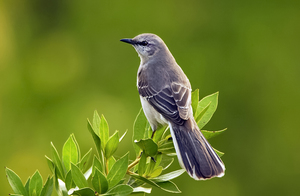