To share your memory on the wall of Floy Presley, sign in using one of the following options:

Born May 11, 1926 in Lincoln County, she was a daughter of the late Lesker Cogbill and Mattie West Cogbill. She spent the majori... Read More
Floy G. Cogbill Presley, age 94, of Carlisle, formerly of Pine Bluff, passed away Friday, November 27, 2020.

Born May 11, 1926 in Lincoln County, she was a daughter of the late Lesker Cogbill and Mattie West Cogbill. She spent the majority of her life in Pine Bluff until moving to Cabot in 1997.

Before her marriage to J. D. Presley on August 3, 1949, she worked at Holsum Bakery Company, Conery’s Drug Store, and Lybrand’s Bakery before becoming a homemaker.

Her husband, J. D. Presley, predeceased her on May 30, 2007. She was also preceded in death by all of her siblings, Jesse Cogbill, Helen Kesterson Hunt, Clara Lee, Vera Eastwood, and Edna Culpepper.

Survivors include her daughter, Nellwyn Presley Kemper and husband Norman of Austin, AR; and two grandchildren, Jayson Kemper of Springdale and Bethany Kemper of Cabot.

Funeral services will be Wednesday, December 2, 2020, 10:30 a.m. in the Chapel of Ralph Robinson & Son in Pine Bluff. Burial will follow in Memorial Park Cemetery. All COVID-19 guidelines will be followed.

The service will be livestreamed at RalphRobinsonandSon.com
Read Less

To send flowers to the family or plant a tree in memory of Floy G. Presley, please visit our Heartfelt Sympathies Store.

Receive notifications about information and event scheduling for Floy

We encourage you to share your most beloved memories of Floy here, so that the family and other loved ones can always see it. You can upload cherished photographs, or share your favorite stories, and can even comment on those shared by others.

Your brothers & sisters at Westside Church of Chri sent flowers to the family of Floy G. Presley.
Show you care by sending flowers

Posted Dec 02, 2020 at 10:09am
Aunt Floy made the best German Chocolate cakes! She was a dear sister and friend to my mother. Love and prayers extended to you, Nellwyn!
Comment Share
Share via:
CR

Posted Dec 01, 2020 at 09:40am
So sorry to read about the loss of your mother. You are in my thoughts and prayers during this hard time.
With my deepest sympathies Cindy Richardson.
Comment Share
Share via:
YC

Your brothers & sisters at Westside Church of Chri

Posted Nov 30, 2020 at 10:55am
Please accept our most heartfelt sympathies for your loss... Our thoughts are with you and your family during this difficult time.

Your brothers & sisters at Westside Church of Chri purchased flowers for the family of Floy Presley. Send Flowers 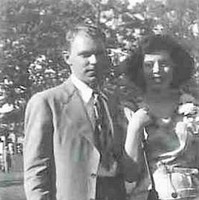