To share your memory on the wall of Ferris Hardy, sign in using one of the following options:

To send flowers to the family or plant a tree in memory of Ferris Ricardo "Rick" Hardy, please visit our Heartfelt Sympathies Store.

Receive notifications about information and event scheduling for Ferris

We encourage you to share your most beloved memories of Ferris here, so that the family and other loved ones can always see it. You can upload cherished photographs, or share your favorite stories, and can even comment on those shared by others.

Guaranteed hand delivery by a local florist
B

Posted Aug 17, 2020 at 12:21pm
Mr. Rick was a great man that will be missed dearly. My thoughts and prayers are with his family during this time.
Comment Share
Share via:
SM

Posted Aug 14, 2020 at 09:20pm
I remember our close friendship---all through high school--which was highlighted by our Graduation in 1956. We had fun and enjoyed such great memories and--- we loved everyone in our class---like family. I feel sad-- just knowing you are no longer a part of our high school "family" yet---I know you are in God's loving arms and surrounded by his heavenly family.
Rest well, my friend, and know you are surrounded by love--from all.
Sally Miller
Comment Share
Share via:
S

Posted Aug 14, 2020 at 01:31pm
Mr. Rick will be greatly missed by all. He was a great man to my mother and all us kids. Prayers for all the family.
Comment Share
Share via: 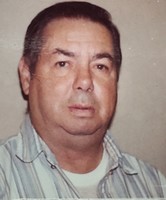