To share your memory on the wall of Evalee Hervey, sign in using one of the following options:

Provide comfort for the family of Evalee Hervey with a meaningful gesture of sympathy.

We encourage you to share your most beloved memories of Evalee here, so that the family and other loved ones can always see it. You can upload cherished photographs, or share your favorite stories, and can even comment on those shared by others.

Joe and Diane Smith sent flowers to the family of Evalee Fikes Hervey.
Show you care by sending flowers

Posted Sep 29, 2019 at 12:19am
Mr. and Mrs. Hervey were dear people to me and my family. Please know your parents were great people. You and your families are in our thoughts and prayers.
Amy Warren Fisher
Comment Share
Share via:
JS

Posted Sep 24, 2019 at 08:27pm
Tommy and Linda,
Mrs. Hervey was a wonderful, sweet lady. I am so sorry for your loss.
Luanne Woods Lewis
Comment Share
Share via:

Posted Sep 23, 2019 at 09:45pm
My thoughts and prayers are with all of her family. She was a special friend. Both of our families spent many years at Wesley and made many memories together. She had a wonderful sense of humor and my dad and her kept the choir loft rolling most of the time back in the ‘70’s.
Comment Share
Share via: 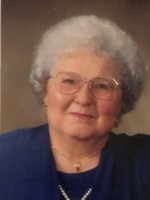