To share your memory on the wall of Elizabeth Westbrook Brockman, sign in using one of the following options:

Provide comfort for the family of Elizabeth Westbrook Brockman with a meaningful gesture of sympathy.

She was born October 23, 1922, at Parkin, Arkansas, a daughter of the late John T. and Kathrina Moore Dearing. When she was three years old, she moved with the family to Pine Bluff where she received her early education, graduating from Pine Bluff High School in 1940. She attended Ouachita Baptist College in Arkadelphia, Arkansas.

In 1946 she married Howell Falconer Westbrook. He died in 1974. She married E. W. Brockman, Jr., in 1976. She had worked as secretary to the principals at Watson Chapel High School and White Hall High School. After her marriage to E. W. Brockman, she worked in the office of Brockman, Norton & Taylor. A member of First Presbyterian Church, she had taught Sunday School and been in the choir. She moved to Hot Springs in 2013.

The family requests that memorials take the form of contributions to the donor's favorite charity.

We encourage you to share your most beloved memories of Elizabeth here, so that the family and other loved ones can always see it. You can upload cherished photographs, or share your favorite stories, and can even comment on those shared by others.

Love Kirk and Brett, Love you all. Zack, Kelsey, Aspen, Levi and Ellis., and others have sent flowers to the family of Elizabeth Westbrook Brockman (Dearing).
Show you care by sending flowers

Posted Jul 26, 2019 at 03:54pm
I remember her as my idea of June Clever. Thankful you had her for so long. Fredye Mac
Comment Share
Share via:
RH

Posted Jul 25, 2019 at 04:21pm
Betsy and Howell, "Ms. Elizabeth" was a great lady and I enjoyed knowing her for more than 40 years. I worked on the same floor as the Brockman Law Firm and we were just one big happy family. Imagine my surprise years later when I found out she was your mother. You were two lucky kids to have her as your mom and to have her for so many extra years. EW has probably cranked up his flute and is playing her a little tune. Love you guys.
Comment Share
Share via:
VS

Posted Jul 25, 2019 at 11:09am
Mrs. Westbrook was the most beautiful person, both inside and out. When she walked into a room the place would light up with her beautiful smile and warm heart. I am so proud to known her for many years. She brought many smiles to my mother when they resided in the same assisted living, sharing lunch together and many other things. She was like a ray of sunshine. Our hearts and prayers go out to her wonderful family during this time of sorrow.
Comment Share
Share via:
LB

Posted Jul 25, 2019 at 09:24am
What a wonderful, kind woman Missy was and lived such a full life. I know you all will miss her terribly. Our condolences 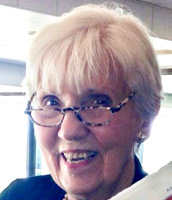