To share your memory on the wall of Earl Cottrell, sign in using one of the following options:

To send flowers to the family or plant a tree in memory of Earl Cottrell, please visit our Heartfelt Sympathies Store.

Receive notifications about information and event scheduling for Earl

We encourage you to share your most beloved memories of Earl here, so that the family and other loved ones can always see it. You can upload cherished photographs, or share your favorite stories, and can even comment on those shared by others.

Posted Sep 15, 2020 at 09:14pm
Joyce and Family: So very sorry to hear of Earl's passing. I know what you are going thru but I promise you it will get easier as time goes by. He fought a good fight and now reaping his reward. May God wrap His loving arms around all of you and comfort you. My thoughts and prayers are with all of you. Love Bobbie House
Comment Share
Share via:
TM

Posted Sep 08, 2020 at 07:50pm
Billy, Virginia, Debby and Ms. Cottrell,
I have wonderful memories growing up in White Hall and being around your family. Mr. Cottrell was a good influence on me and others over the years. He seemed to always know the right way to explain things and have a great sense of what you kids were up to! Thanks for being a good family friend over during my formative years at White Hall. Your Dad was one of the original anchors to White Hall.
Betsy and I send our deepest sympathy to you all.
May GOD'S great love comfort you during this time of loss.
Tommy G. and Betsy Monk
Bartlesville, Oklahoma
Comment Share
Share via: 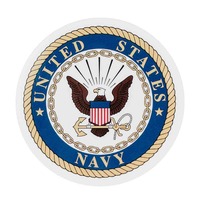