To share your memory on the wall of Donald Harris, sign in using one of the following options:

He was born February 19, 1928 in Detroit, Michigan, son of William Ross Harris and Kathleen Corruthers Harris.

He was born February 19, 1928 in Detroit, Michigan, son of William Ross Harris and Kathleen Corruthers Harris.

Don was reared and received his early education in Detroit, graduating from Busch High School in Center Line, Michigan. Don received a baseball scholarship as a pitcher from Michigan State University. After his freshman year he was drafted professionally to play baseball with the St. Louis Browns. While with the St. Louis Browns organization, he was assigned to play with the Pine Bluff Judges. While in Pine Bluff he met his future wife, Mary Leah “Puddin” Hildreth.

When the Korean Conflict began, Don was drafted by the United States Army. After serving for two years, he returned to Michigan State University to finish his degree. Throughout his time serving in the Army and finishing his degree, Don and Puddin continued to correspond. After finishing his degree, Don returned to Pine Bluff to marry Puddin. Don and Puddin were married for 64 years and celebrated their 66th anniversary in Heaven the day after he passed.

Don began his insurance career with Metropolitan Life Insurance Company before accepting an offer to work with State Farm Insurance Company in 1967. He served as a state farm agent for 53 years and always attributed his success to living by the Golden Rule. Because of his success with State Farm, Don and his family were blessed to be able to travel to over 20 countries throughout the world as a reward for his accomplishments with the company. Don was always kind to everyone he ever met and made many lifelong friends while living in Pine Bluff.

He was a faithful member of First Presbyterian Church, where he served as a Deacon, Elder, Sunday School teacher and usher, since 1960. One of the things he enjoyed most was holding the door for families as they passed from the Sunday School Building to the Sanctuary, which he did for approximately 30 years. Don was known by his friends and associates as a genuinely humble Christian man.

Because of his love for baseball, Don was a Little League umpire for 32 years at 8th and Oak Field and later at Ed Brown Field until age 70. Don and his wife, Puddin, loved watching their sons and their grandchildren play sports for many years.

Don was also an active 50-year member of the Watson Chapel Lions Club and was a charter member of the JRMC Wellness Center, where he continued to exercise until the age of 88. From the time Don arrived in Pine Bluff he lived every day of his life to be a blessing to everyone that he knew and anyone that he encountered.

Along with his parents, Don was preceded in death by his wife, Leah “Puddin” Hildreth Harris; brother, Bob Harris; and daughter-in-law, Nancy Harris.

Survivors include his four sons, Don Harris, Jr. of Pine Bluff, Tom Harris (Susan) of White Hall, Will Harris of Woodlawn and Brannon Harris of Pine Bluff; brother, Ken Harris of Brownwood, Texas; 11 grandchildren; 5 great-grandchildren; nieces, nephews and so many other friends and family who considered Don a pillar in their lives.

Funeral services will be 10:30 a.m., Wednesday, September 23, 2020 in the Chapel of Ralph Robinson and Son with Dr. John Landis officiating. Interment will follow in Graceland Cemetery. Visitation will be Tuesday evening from 5-7 p.m. at Robinson’s. Masks will be required at both events and social distancing will be encouraged.

In lieu of flowers, memorials may be made to First Presbyterian Church, 717 West 32nd Avenue, Pine Bluff, Arkansas 71603.

To send flowers to the family or plant a tree in memory of Donald Ross Harris Sr., please visit our Heartfelt Sympathies Store.

Receive notifications about information and event scheduling for Donald

We encourage you to share your most beloved memories of Donald here, so that the family and other loved ones can always see it. You can upload cherished photographs, or share your favorite stories, and can even comment on those shared by others.

Love, Deana Bateman, Will Huyck, and other have sent flowers to the family of Donald Ross Harris Sr.
Show you care by sending flowers

Posted Oct 27, 2020 at 09:17am
I just learned of Mr. Harris' passing. He was the kindest gentleman I have ever known. What a loss for the community of Pine Bluff. He will be missed by many.
Comment Share
Share via:
MJ

Posted Sep 26, 2020 at 08:42pm
One of the kindest and nicest people I have had the privilege of knowing. A true Southern gentleman. Loved Don and Pud, and will forever grateful for their friendship and support during my time in Pine Bluff.
Comment Share
Share via:
L

Posted Sep 23, 2020 at 08:39pm
Can’t tell you what a great man big Don Harris was without writing for hours. Those guys are few and far between anymore. He was a guy that helped me through some tough times in my life. So sorry Donnie, Tom, Will, and Brannon. Those footsteps are hard to follow.
Comment Share
Share via:
JM 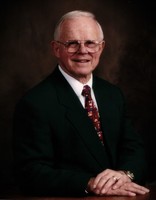