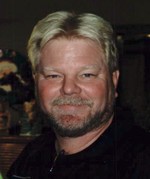 Bobby "Darrell" Anderson was born, April 23, 1960 in Pine Bluff, AR. He left this earth on December 18, 2020. He was a loving husband to his wife Sandy, a successful business owner, a son to his mother Louise and the late, Bobby Joe Anderson, a father, grandfather and friend to many.

He attended school in White Hall and is a 1978 graduate of White Hall High School. His education continued throughout his life, his desire to learn the newest information, techniques and up to date technology never ceased. Darrell was a licensed master electrician, licensed for security alarms and attended many classes for specialized training to be able to do what he loved.

He worked as an apprentice with his father for many years in the electrical trade, all while he was a railroad man with Union Pacific. His greatest business accomplishment was when he purchased AAA-Electric from his father. He started with one van, a tool belt and a mindset that he would succeed and he did just that. Anderson Electric of Pine Bluff became a prominent business that extended from Arkansas, Mississippi, Louisiana and Tennessee. He found joy in seeing new construction and development in communities. He created lasting relationships with companies all over the United States. Many of his business relationships evolved into lifelong friendships.

When Darrell met Sandy, he brought her roses to her work and asked her to go on a date with him. They were married on February 10Th, 1995. After they married they worked side by side with each other at Anderson Electric. Twenty five years of memories are shared between them. He loved and cared for her every day, in good times and in bad times and in sickness and in health.

He will be greatly missed and searched for by his beloved buddy, Blue, his riding buddy, tv watching buddy, toy tugging buddy and very large lap buddy.

He was a member of Watson Chapel Baptist Church. His community involvement includes countless sponsorships for youth athletics, high school athletics and UAPB. He received his pyrotechnics permit to hold community firework displays for many years. For an extensive time he served on the board for Rosswood Country Club and the Jefferson County Sheriff Reserve. He was a member of the Sahara Shriners Temple - Clown Patrol. He was appointed by Mike Huckabee to the Steering Commission and served this title from 2006 -2012. He believed in his community and the people around him.

Private funeral services will be 10:00 a.m., Wednesday, December 23. 2020 with Brother Horace Gray officiating. Family and friends are invited to watch the service on the livestream at www.ralphrobinsonandson.com. Interment will be private. Darrell will be in state Tuesday from 4:00-7:00 p.m. at Ralph Robinson and Son Funeral Directors.