To share your memory on the wall of Darrell Anderson, sign in using one of the following options:

He attended school in White Hall and is a 1978 graduate of White Hall High School. His education continued throughout his life, his desire to learn the newest information, techniques and up to date technology never ceased. Darrell was a licensed master electrician, licensed for security alarms and attended many classes for specialized training to be able to do what he loved.

He worked as an apprentice with his father for many years in the electrical trade, all while he was a railroad man with Union Pacific. His greatest business accomplishment was when he purchased AAA-Electric from his father. He started with one van, a tool belt and a mindset that he would succeed and he did just that. Anderson Electric of Pine Bluff became a prominent business that extended from Arkansas, Mississippi, Louisiana and Tennessee. He found joy in seeing new construction and development in communities. He created lasting relationships with companies all over the United States. Many of his business relationships evolved into lifelong friendships.

When Darrell met Sandy, he brought her roses to her work and asked her to go on a date with him. They were married on February 10Th, 1995. After they married they worked side by side with each other at Anderson Electric. Twenty five years of memories are shared between them. He loved and cared for her every day, in good times and in bad times and in sickness and in health.

He will be greatly missed and searched for by his beloved buddy, Blue, his riding buddy, tv watching buddy, toy tugging buddy and very large lap buddy.

He was a member of Watson Chapel Baptist Church. His community involvement includes countless sponsorships for youth athletics, high school athletics and UAPB. He received his pyrotechnics permit to hold community firework displays for many years. For an extensive time he served on the board for Rosswood Country Club and the Jefferson County Sheriff Reserve. He was a member of the Sahara Shriners Temple - Clown Patrol. He was appointed by Mike Huckabee to the Steering Commission and served this title from 2006 -2012. He believed in his community and the people around him.

Private funeral services will be 10:00 a.m., Wednesday, December 23. 2020 with Brother Horace Gray officiating. Family and friends are invited to watch the service on the livestream at www.ralphrobinsonandson.com. Interment will be private. Darrell will be in state Tuesday from 4:00-7:00 p.m. at Ralph Robinson and Son Funeral Directors.

To send flowers to the family or plant a tree in memory of Darrell Anderson, please visit our Heartfelt Sympathies Store.

Receive notifications about information and event scheduling for Darrell

We encourage you to share your most beloved memories of Darrell here, so that the family and other loved ones can always see it. You can upload cherished photographs, or share your favorite stories, and can even comment on those shared by others.

Posted Dec 23, 2020 at 12:44pm
I wish to send prayers and blessings for healing 🙏 to the family,, Bobby was a classmate 78 an was aways a fun person to hangout with, he always made the Shriners event's with a smile..

Posted Dec 21, 2020 at 05:26pm
Sandy, Rachel, Mindy, Louise, Grandchildren and other family members. Our hearts are broken for you and with you in the loss of one of our loved ones. Darrell grew up in our neighborhood and graduated with Vicki. Little did we know that one day that Cotton Top little boy would grow up and meet Sandy and become a part of our family. Darrell always enjoyed having lunch with the Ladies (cousins) at the Hive when Penny would come home from North Carolina. After all someone had to keep us in line. Darrell, you will be missed. However we rejoice knowing we will see him again one day. Oh what a grand reunion day that will be. Hold your precious memories close and may they bring comfort and peace now and the days to come. Lean on the Lord, He will lead you though your hard times. Darrell until we met again look for us a beautiful place to have lunch.
Comment Share
Share via: 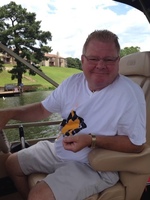 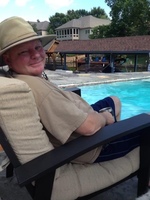