To share your memory on the wall of Danny Gano, sign in using one of the following options:

There are no events scheduled. You can still show your support by sending flowers directly to the family, or planting a memorial tree in memory of Danny Craig Gano.
Plant a Tree

We encourage you to share your most beloved memories of Danny here, so that the family and other loved ones can always see it. You can upload cherished photographs, or share your favorite stories, and can even comment on those shared by others.

Posted Feb 24, 2020 at 08:56pm
I worked at Pine Bluff Arsenal with Dan. He was always a great person and we could all tell how much he loved his wife. He was always helpful and kind person with a gentle spirit . I want you to know that you are all in our thoughts and prayers. May God send you all comfort and strength during this terrible difficult time. God bless! Mary Alice Thomas
Comment Share
Share via: 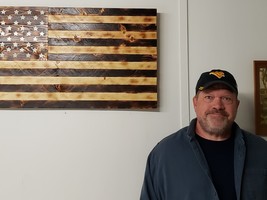